Fun for children on the slopes

In addition to countless kilometres of slopes, the Skicircus Saalbach Hinterglemm Leogang Fieberbrunn also offers its little guests funslopes that guarantee lots of fun and action. With the "Funslope Zwölfer" and the "Funslope U-Bahn" the Skicircus Saalbach Hinterglemm Leogang Fieberbrunn offers two great attractions for the whole family.

"Shall we go up the Reiterkogel lift again?" I ask my three little racers on our ski trip to Saalbach Hinterglemm. "No, we want to go to the Funslope", it echoes back. That was clear. So we put our skis on our shoulders and move with anticipation towards the Unterschwarzachbahn, which leads almost directly from the centre of Hinterglemm towards the Westgipfel. From here you can already see the many steep turns, obstacles and jumps, which were built especially for the young generation of skiers to have fun.

We take our skis and get into the underground. In no time at all we are at the top station and orientate towards Funslope. "Right west summit, left Funslope", Laura and Marie decipher the signs at the top station. Proudly they can already put their reading skills from school into practice on the piste. We take the left exit and strap on our skis. In front of us, the freshly snow-covered winter landscape of the Glemmtal valley appears. The trees are still covered with the white gold and the piste welcomes us freshly prepared and in full splendour. 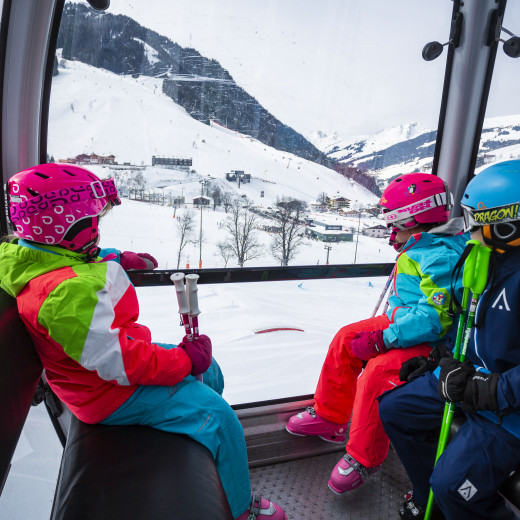 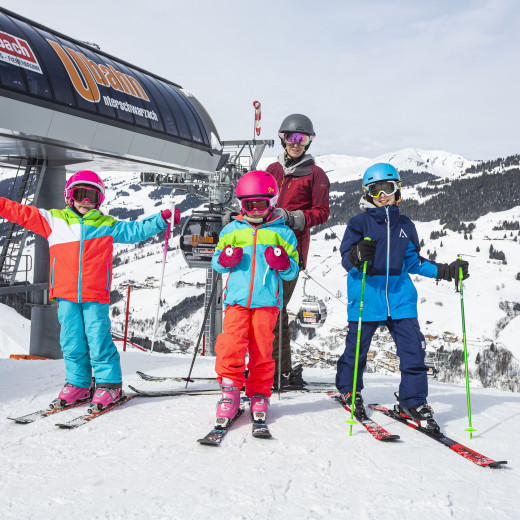 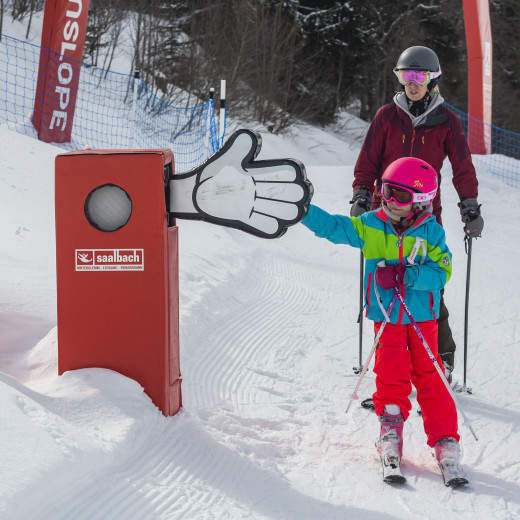 So let's go to the fun of the slopes. We use the first two slopes to warm up before we enter the funslope. Arch left, arch right. While Nico is waving down the slope like a young skiracing-legend Marcel Hirscher, the two little ones are winding curve by curve towards the valley. Finally we are at the entrance of the Funslope. "What do you want to try first?", I ask the three. Next to the Funslope is the Family Park with jumps and some obstacles. This is where the young freestyle faction is at home and performs all the tricks we usually only know from TV. "Funslope!", I hear unmistakably. So it's off to the action-packed course with snow waves, racy steep turns, a noisy tunnel and lots of "low-fives" for the kids to clap in.

We start and take the first steep turn at full speed. Again and again the "clap hands" wait for the three kids, who claps in the loudest? The kids are in their element now. After the snow snail, which takes a bit of speed out of its rapid pace, there is a tunnel that makes loud noises as the children drive through it. For the finale, a policeman with a radar gun is waiting. Driving fast is forbidden here! One more steep turn and the fun is over. Or maybe not, because when they arrive at the bottom of the lift there is only one goal for the three of them. Namely to get back up again as fast as possible with only one goal: the Funslope. 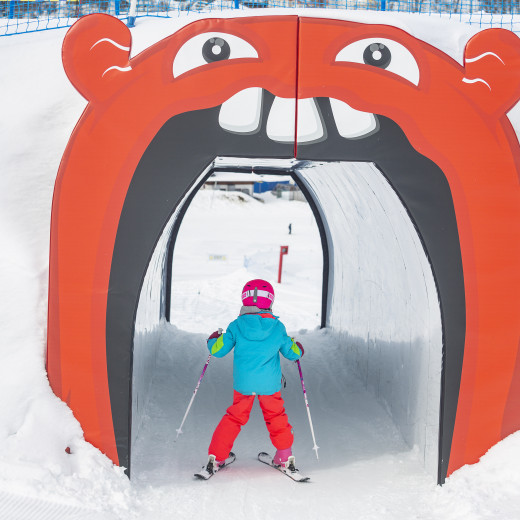 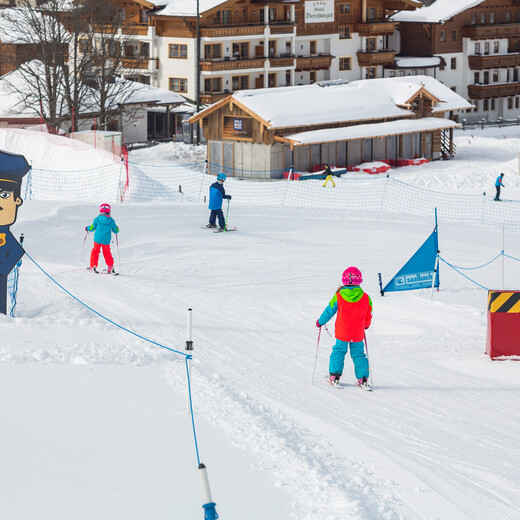 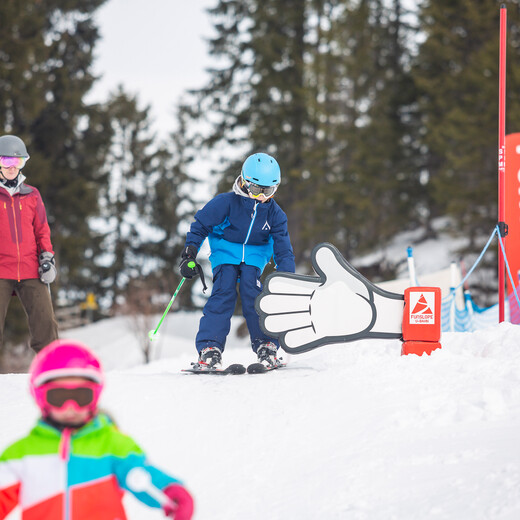 The Family Park is in no way inferior to the Fun Slopes in terms of action. While Nico tests the jumps - there are jumps of different sizes built into the snow and ideal for children and beginners - Laura and Marie try their hand at the "Kidsrun". Here, the little skiers can show off their newly learned turns and ski over gentle curves towards the valley station.

The day ends faster than expected. The good news is that the Funslope is also open until late at night under floodlight. So the children can also experience full action on the slopes in the evening. But for us today is enough. After four action-packed hours on the piste, the kids will surely fall into bed soon. After all, tomorrow is still a day.

Petrol brothers in the snow