The man behind the photo credit

I’m sure that you have got lost while gazing at the sunrise shots of the Tristkogel, got into the party atmosphere of White Pearl Mountain Days or gotten into the holiday mood with snowboard and biking shots of Saalbach Hinterglemm, but who is it that captured these images for you through the viewfinder and who presses the shutter button?

Daniel Roos is a well-known photographer in the Home of Lässig and no matter whether it be a Home of Lässig Walk, sunrise hike, helicopter flight over the Harley Parade, or on a photo marathon at the individual locations of the White Pearl Mountain Days, the traditional farmer's market parade or opening of the new forest wellness path at the Reiterkogel, Daniel Roos is always at the ready! But who is the man behind the camera? Saalbach Stories asked the native German, who comes from a small village on the Moselle is known for its wine, for an interview and - yes, also a photo session. 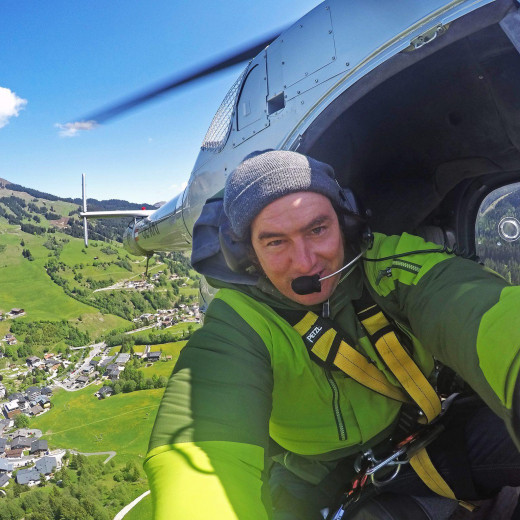 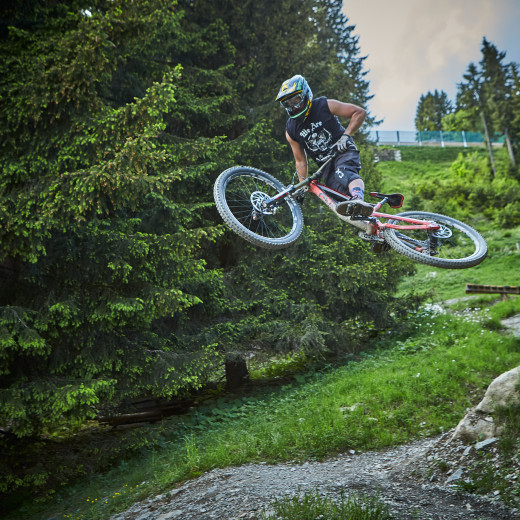 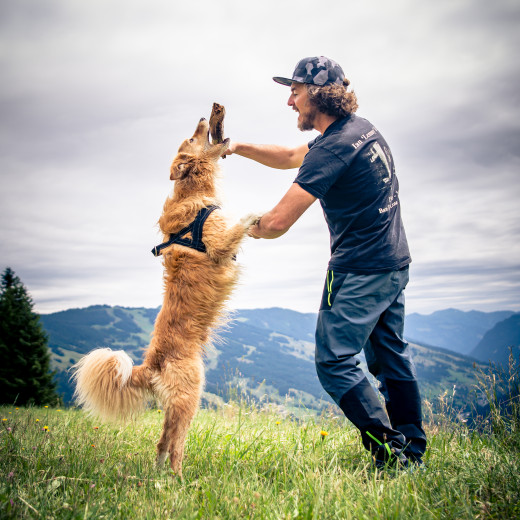 "Servus!", Daniel greets me warmly, and his faithful dog Powder jumps happily beside him. A clear Pinzgauer influence is already noticeable in his pronunciation, and here up on the mountains above the "Home of Lässig" he feels particularly comfortable. "To become a photographer was always my dream, but the beginning was quite different", says Daniel. Firmly rooted in the skater scene, Daniel already captured the sporting action of his friends with his father's camera as a boy, but an apprenticeship as an electrician initially put his dream of travelling the world as a photographer and photographing athletes on hold. Daniel never forgot his goal and finally started his training as a photographer at the age of 27. "I found an apprenticeship in Wiesbaden with excellent photoshop postproduction. Fashion photography and cookbooks - that was my main focus., so I was a photo assistant at a shoot in L.A. for Germanys next Topmodel and photographed dishes for cookbooks of the series "Die Kochprofis". In Wiesbaden I felt at home in the dirt jump scene and it was there that I entered the door of the bike industry. This is how I realised my dream”: I travelled around the world for bike shootings and landed up in Saalbach Hinterglemm."

The Build & Ride event 15 years ago for the German “Mountainbike Rider” was covered by Daniel who then went on to photograph all the contests in Saalbach Hinterglemm and Leogang. “Then I came to the valley to snowboard in winter and my holidays became longer and longer and my circle of friends larger. Through mutual friends, I came to know and fall in love with Tina from Hinterglemm. Initially, I commuted between Wiesbaden and Hinterglemm before eventually giving up my studio and moving to the Home of Lässig. Tina and I married last year. Many hotels in the area, along with the tourist office now count as my loyal customers. I’m still an active photographer on the biking scene -I’ll soon be heading off to the USA for YT Industries”. 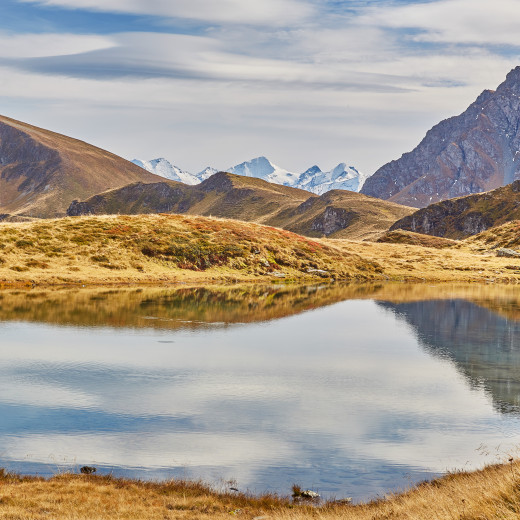 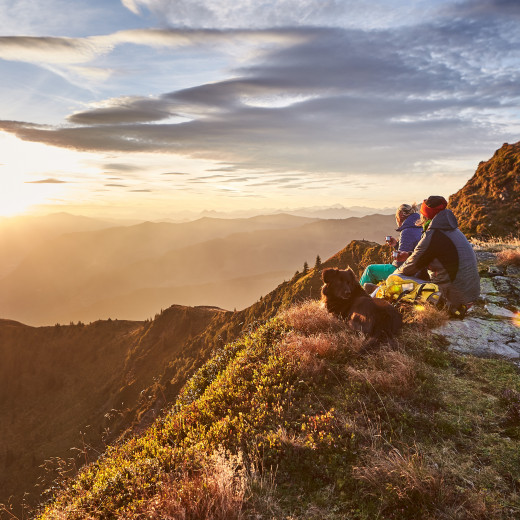 The current summer exhibition in the Heimathaus (local museum) illustrates the beautiful landscapes by Daniel Roos. He laughs and says: "I'm not really a landscape photographer – that’s why I had to consider the request initially, but when making some test shots, as I do when shooting biking and hiking shoots, it soon became clear that I could conjure up a wonderful exhibition out of these ‘waste products’. For those who would like to take a look around the exhibition, simply pay a visit to the Heimathaus. To see Daniel in action, you just need to head to the most beautiful spots in the Home of Lässig and listen out for the “click, click, click” of the camera.

The “Home of Lässig” Walk