(Not only) for rainy days

Whether big fat drops of rain are falling from the sky, or the muscles are aching after a strenuous hike or bike ride and you are looking for a leisurely alternative programme? The Saalbach Homestead Museum and the neighbouring Ski Museum offer a perfect alternative to mountains and trails.

To say that a visit to the beautiful Homestead Museum is only recommended in the case of bad weather would be incorrect, as it is the cultural centre piece of the Saalbach Hinterglemm community. Already, as you approach the house, you will be greeted by an array of flowers and an elaborate fence which has been erected according to true Pinzgau tradition. In the middle of this beautiful landscaped area you will find the Homestead House – an old ancestral farm dating back to the year 1350, which was rebuilt on this site and used as the Austrian House for the Alpine World Ski Championships in 1991. The curator of that time, General Siegfried Weitlaner – ensured that the house would, in the long-term, be a museum. 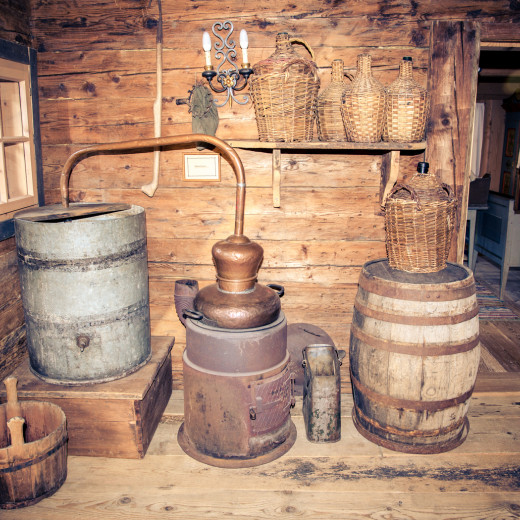 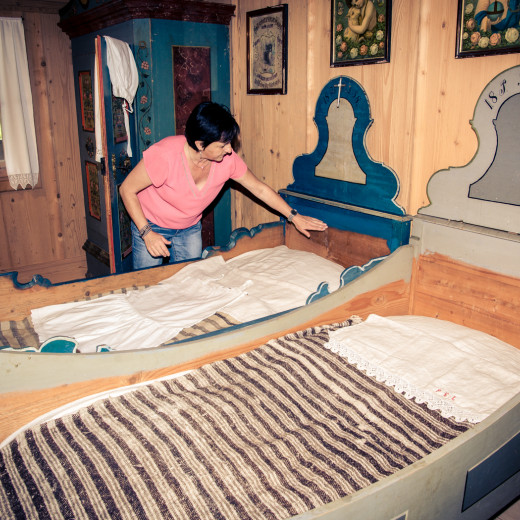 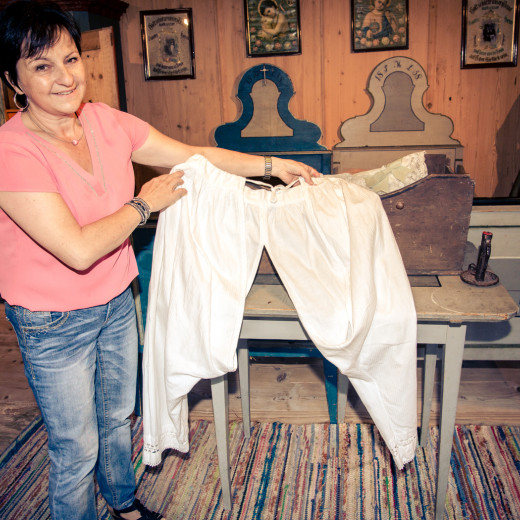 The top floor is dedicated to a permanent exhibition of old village images and rooms with sacred and agricultural relics. There is one bedroom decorated as it would have looked in times gone by, as well as an exhibition of antique handicraft utensils from the region. The first floor changes on a seasonal basis, with exhibits from regional artists. This summer there are carved exhibits from Rainhard and Ingeborg Eder from the Hinterglemmer Holzstube. The painter, Sabine Hemetsberger will continue to exhibit her colourful pictures until October 2017. Curator, Maria Mitterer, is more than happy to provide a tour through the museum for those who register in advance. 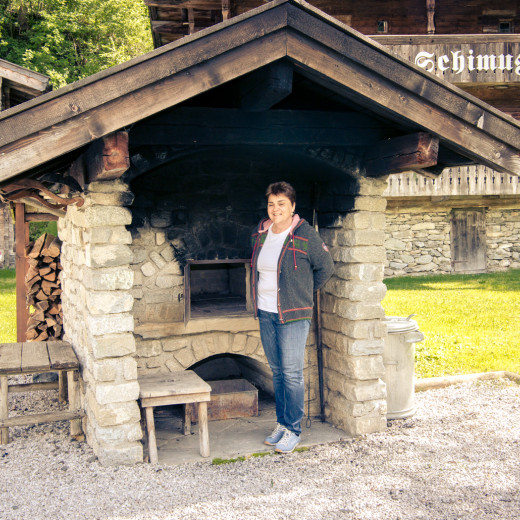 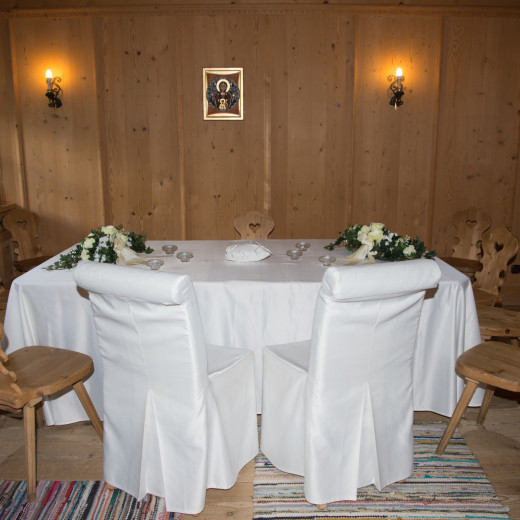 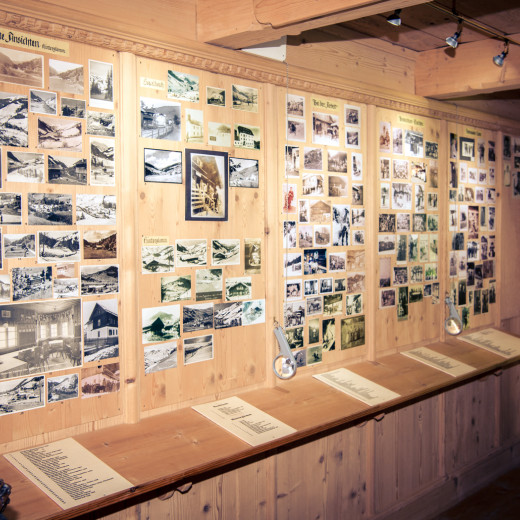 The Ski Museum
Situated behind the Homestead Museum is the old ‚Steinachhäusl’, which dates back to the year 1698, and is today the Ski Museum. The old dwelling-house which once belonged to the Mitterammern estate, was purchased by the local council in 1994 and restored to its former glory. Since that time, the house is used as the Saalbach Hinterglemm Ski Museum, with more than 200 exhibits. Here, one can dive into the history of Saalbach and skiing – from the first pair of skis that were brought to the valley in 1898, to how the valley has progressed into the top modern ski resort it is today. Those who leave the house quietly, may be lucky enough to see busy bees at work in the adjoining granary. The granary which dates back to 1727 today houses beehives and behind a glass wall you can observe the bees at work. 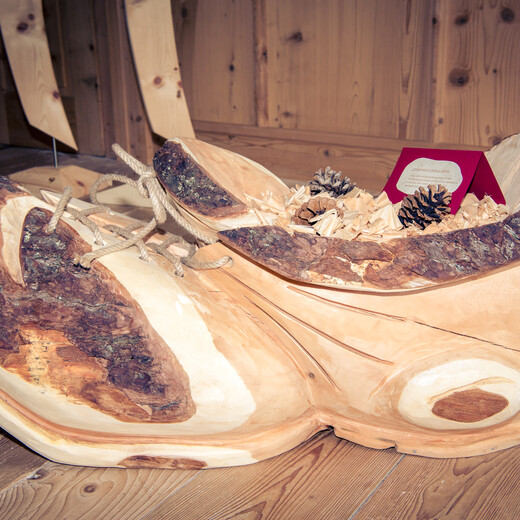 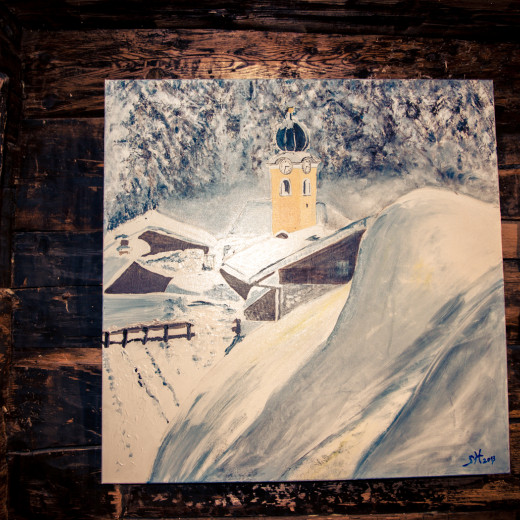 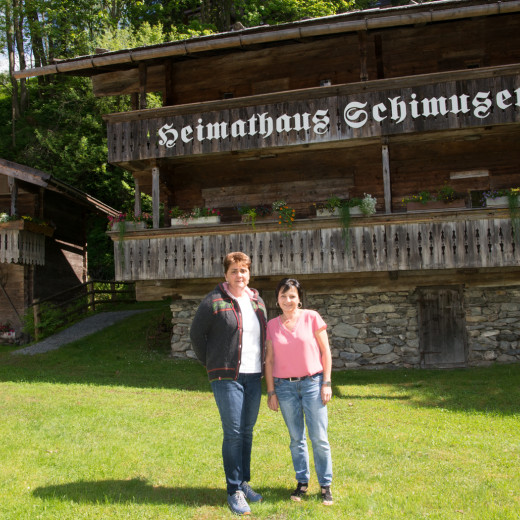 Renate and Maria - the good spirits of Heimathaus

Bread Baking at the Homestead Museum

When the aroma of freshly baked bread lingers in the air between the Ski and Homestead Museums, then something is baking in the historic bread oven! There are 3 dates throughout the summer season, where in the garden, the stove is lit and the cheery soul of the Homestead House, Renate Oberhauser, uses an old recipe and demonstrates to guests how crusty farmhouse bread is made from sour dough. Those who would like to can purchase a loaf of bread to take home with them.