If hiking with llamas doesn’t sound exciting, then what does? And besides that, I am finally going to be able to unlock the mystery of whether and why llamas like to spit as much as they say they do. Today, I’m heading to the Lamahof farm in Fieberbrunn to go on a rather unusual little adventure.

Just a few more turns! In the far distance, I can see the Wilder Kaiser mountain ridge glimmer in the sun, the scenery couldn’t be more beautiful. And after a while, we can finally see that sign that tells us that we’ve arrived at the “Abenteuer Lama” farm. The fresh snowfall has transformed everything into a literal winter wonderland. “Lucky llamas, to live in this scenery”, I say to myself as I trudge my way to the entrance of the farm.

And there they are, “our” three llamas. Barbara Steinacher, the owner of the “Abenteuer Lama” farm, approaches us. She shakes our hands to welcome us while we can barely contain our excitement. Together, we make our way to the animals as Barbara gives us a brief induction. They’re the three male animals that go by the amusing names Loriot, Simon and Ronaldo. Do the names have anything to do with their personalities? Well, we’re about to find out. Loriot, Simon and Ronaldo are each six years old and therefore full of life. On average, llamas can get up to 20 years old. 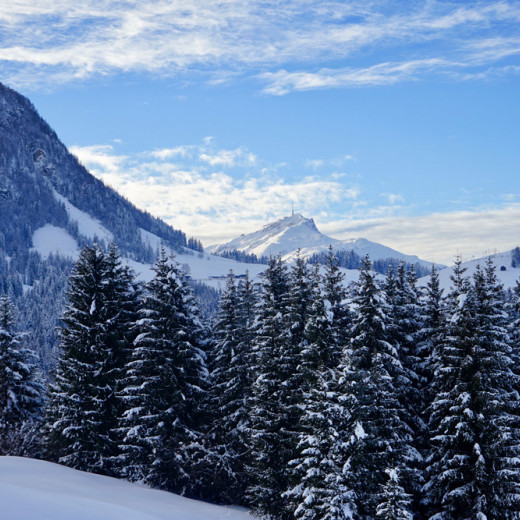 Signpost showing the way to the llamas 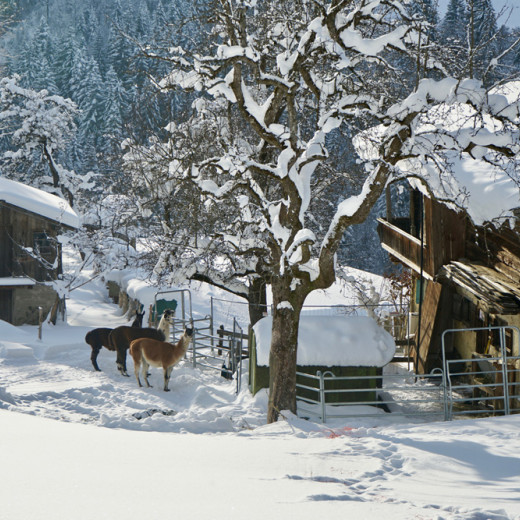 Lucky llamas, to live in this scenery

On the spitting issue

The question that we’ve all been waiting to get an answer to: “Do llamas really spit?” “Yes, they do,” explains Barbara, adding, “however, only in the direction of members of their own species and only in order to clear up hierarchical disputes.” In other words, we’re safe, unless we happen to be standing directly in the line of fire — or the line of spit, for that matter. “That would be bad, because llama spit smells quite bad,” Barbara adds. Loriot is the leader of the pack, Simon likes to walk right behind him — he’s a little timid. Ronaldo is the tail light. He is the smallest and very playful. It’s important that we maintain the order throughout our hike, because otherwise, there’s a chance of spitting!

Loriot and I lead our little pack. On our way, Barbara tells us about the positive energy that the llamas spread. Especially children can’t get enough of them. When hiking with the llamas, they’re suddenly able to just walk calmly and stop nagging if they normally do. With their big, dark eyes, their long eyelashes and their soft fur, llamas are really pretty animals. We’ve all fallen in love with them already as we continue on our journey. Our way leads us to the Lauchsee lake and it does feel a little bit exotic to walk around with a llama at the other end of the leash. With his head up high, Loriot treads right beside me, always mindful of his surroundings. Simon is especially concerned about not letting the distance between them get too big, whereas Ronaldo dawdles around and seems more interested in what’s going on around us. 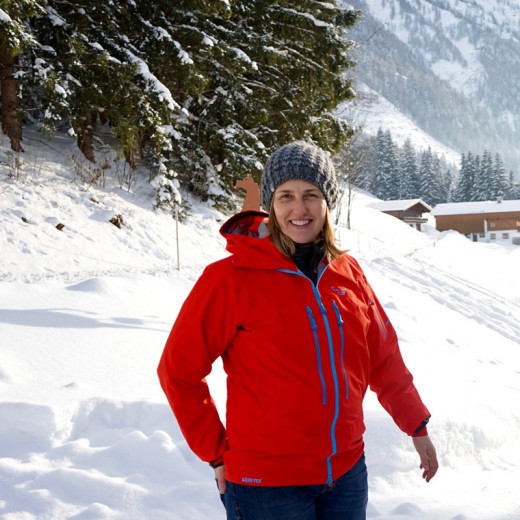 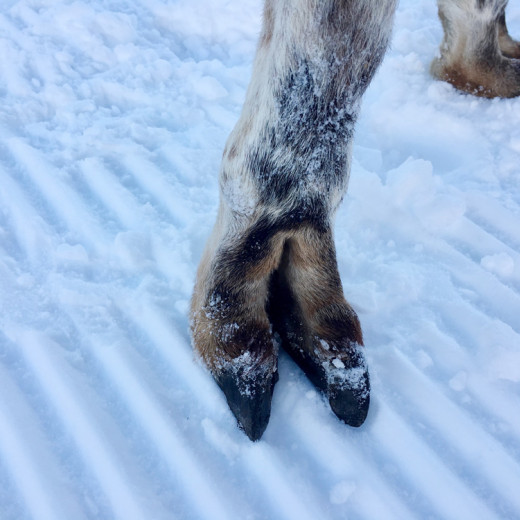 Llamas are a little bit like horses in that they don’t like to be alone, require fresh air and movement, and are satisfied when there is enough grass and hay available to eat. As they are flight animals, they don’t like it too much when you pet their head, but that is too high for me anyway, so I pet Loriot’s neck instead while feeling proud that he is following me so obediently. But the obedience streak comes to an abrupt halt when we reach a few spruce branches. Llamas can barely resist the temptation and where there is a will there is, usually, also a way. Loriot just pulls me along with him. Chewing, and with a few twigs in his mouth, we finally return to our path. We take a turn to the Lauchsee lake, the llamas set the pace, not too fast and not too slow.

Llamas in the Alps?

Llamas are originally from South America, but some have also found a new home in the Alps. The sensitive, gentle creatures cope very well with the Alpine climate whilst their hooves give them excellent footing in the snow and on the ice. With her llamas, Barbara has fulfilled a big chunk of her dream. Ever since she could remember, she has been fascinated by South America. On the very top of her list is a voyage to the Andes, but until it comes to that point she’s imported a little bit of South America to Tyrol.

Hiking with llamas is really a ton of fun. It’s fascinating, exciting and entertaining. And it makes for a particularly unique adventure for families. Whether during winter or summer, llamas like to hike in any climate. During longer tours, the animals can even carry the luggage, which is extremely comfortable. They are, however, not suitable for riding. Barbara has several different types of trips on offers amid the amazing mountainscape. We chose the Schnuppertrek around the Lauchsee lake. Duration: around 1.5 – 2 hours and suitable for children beginning at age five. There are also longer tours available, such as the morning hike up the mountain, which takes around 4 hours and includes a delicious mountain pasture breakfast.

Important for all hikes: