27. - 29. July at Gerstreitteich in Hinterglemm

“A vibrant atmosphere with lots of hustle and bustle, cheerful faces, action sports, cool summer vibes, live acts and above all lots of love in the name of charity in a perfect setting of the normally tranquil waters of the Gerstreit reservoir”. It sounds dreamlike. It is a dream, a truly unique festival and when you’re actually there and see it with your own eyes, the dream becomes a reality. The dream is called “Lake of Charity”. A unique project very close to the hearts of the motivated crew from Saalbach Hinterglemm. We present this Saalbach Story with a sense of love and joy and asked Heinz Fuchs, a member of the organisation and “Lake of Charity” veteran to join us for an interview.

2011 – the founding year of the “Lake of Charity" festival. It all started with a small bar, a small stage and a small crew, a “water ramp” and “water bombing” tower. In the meantime, the event now attracts thousands of people on a yearly basis which has over the last seven years raised around 300,000 € which has been donated to families and social projects in the region. The event will take place for the eighth year running this summer, but what is it that drives the voluntary workers for this event? It certainly has to be more than just motivation. 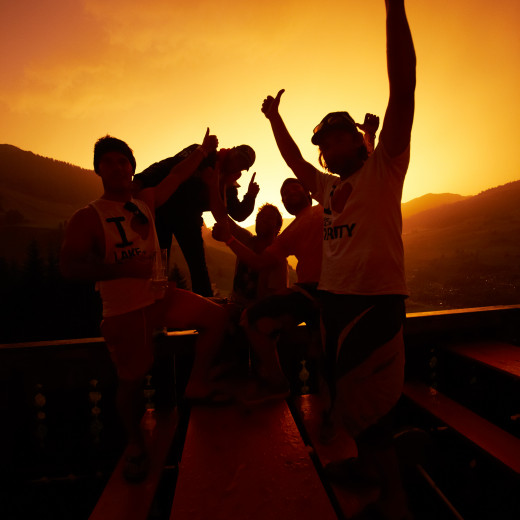 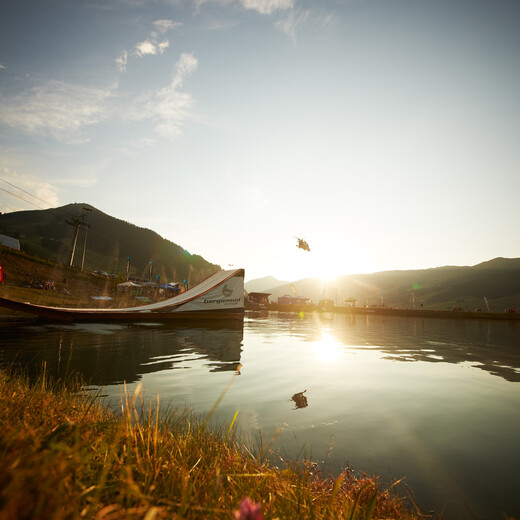 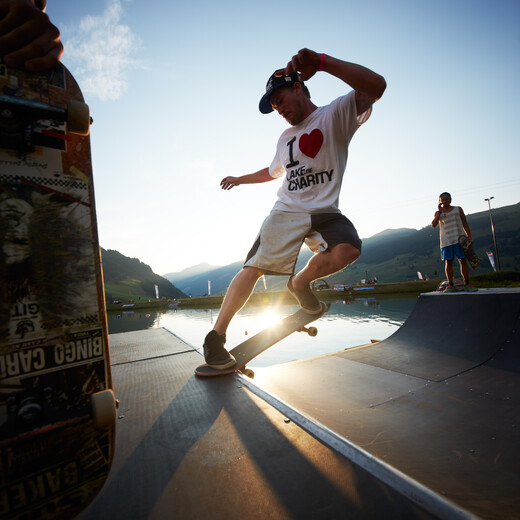 “The main motivating factor behind my commitment to the LOC is first and foremost the basic idea of establishing with friends an event which supports those who are less fortunate in life. Another motivating factor is that one gets to spend time with great people and friends! The GlemmBang crew is like one big family”, reveals Heinz and goes on to thank all the contributors, sponsors and partners for their support.

The GlemmBang crew is also the “family” behind the event. The core team consists of around 20 people who work like busy bees in the background all year round for “Lake of Charity”. On the actual weekend, the event takes place, more than 100 people volunteer their time and help says Heinz, or “Heinzi” as the crew fondly call him. “The really cool thing is that new faces are always popping up. New people integrate easily, and we spend great times together”.

An event where everyone pulls together

“At the ‘Lake of Charity‘ event, the whole of the Glemm Valley congregates in the name of a good cause. Naturally, after eight years the crew is pretty experienced, and each person knows what is expected of them. Of course, some people do more than others, but in the end, it’s about everyone making their own personal contribution to the event”, says Heinz Fuchs.

The “Lake of Charity“ event is as colourful and diverse as the participants. There is much on offer around the lake, from the “Art Area” to a “Slip and Slide” into the lake, SUP Yoga, a clothes swapping fair, handicraft stations and a floating skate mini-ramp, band and DJ’s along with a culinary mile. Also, the works of art created by craftsmen and artists are auctioned off on Sunday for a good cause. The environment is also respected. For the last two years, the LOC has been a “green event” – a fact that Heinz and his crew are incredibly proud of. 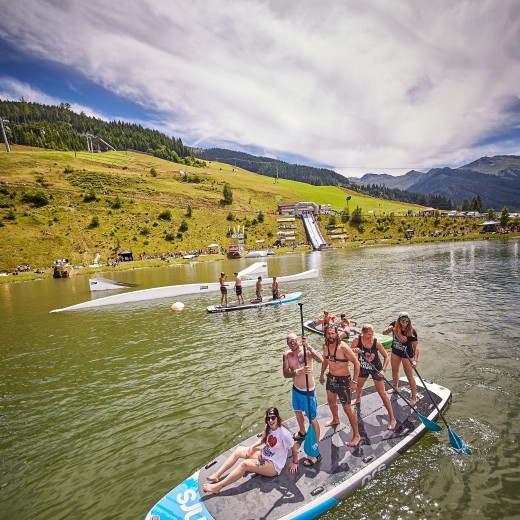 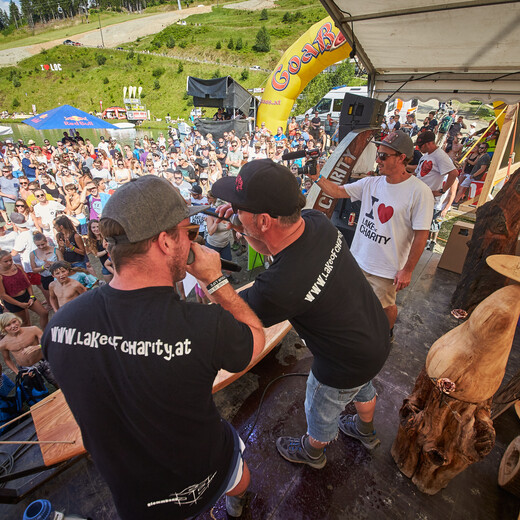 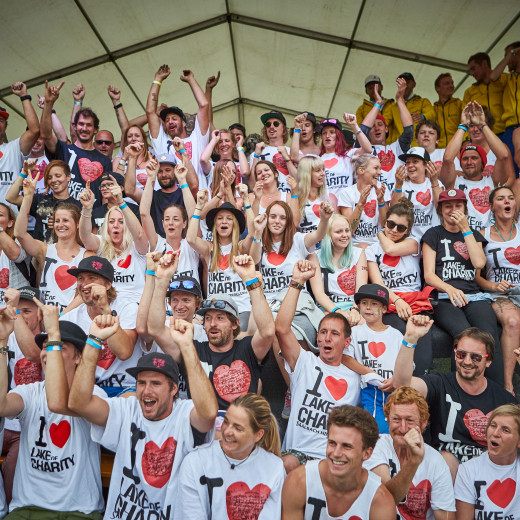 Goosebumps and tears of joy

The absolute highlight of this event is the event itself. A special moment, not only for Heinz, but also for the rest of the crew and the visitors to the event is the time when they announce the sum of money that has been raised and tears of joy are shed. “For me, as the moderator, every year when the announcement is made, my skin erupts with goosebumps. On Sunday I have the honour of announcing the amount that has been donated. This is a truly magical moment when the crew is jubilant, and the joy and gratitude can’t be put into words. A new highlight will definitely be the “Slip and Slide” ramp. Also, for the first time, there will be a stand-up paddle contest and an autograph signing session with top local athletes on Family Day. Just whom one will meet here remains a mystery for the time being. As the icing on the cake, there is a load of snow which was taken from ski slopes in winter.

So much magic happens on the lake, and we hope that this event will continue for many years to come. Heinz Fuchs signals the green light “So long that it feels good, we will continue. What is important is that everyone finds their own joy in what they do, as nobody receives a single penny for their voluntary work. Right now the fires are burning brightly in pretty much all of us”!