Panoramic Summit Tour in the Talschluss

If you are coming to the Glemm Valley on a hiking holiday, be sure to put the Tristkogel and Gamshag on your “To do” list. A hike with diversified terrain, two amazing panoramic peaks and a wild, romantic mountain lake will make the heart of any hiker beat faster.

Whenever we are in Saalbach, we make sure that a visit to the Talschluss (end of the Glemm valley) is on our programme. Especially if for a short stay, we do as much as possible in order to enjoy the beautiful surroundings and this is exactly the case with the Tristkogel and Gamshag hikes.

A leisurely start with the Noddy Train

Our starting point is in the car park in Lengau. A journey on the Noddy Train takes you to the Lindlingalm. Those who would prefer to go by foot, can of course walk along the 2 km trail. We decided on the ascent over the Ossmannalm. The forest trail, as far as the Alpine pasture is moderate. From here there is hiking trail. Over lush green pastures we reach the Saaljoch from which point the Tristkogel summit cross can been seen. The trail continues along a grassy ridge to the left of the Tristkogel. 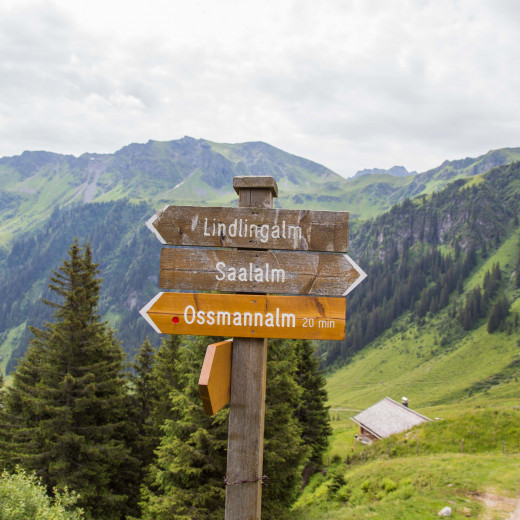 We start in direction Ossmannalm

Alpine roses on the way up to Tristkogel 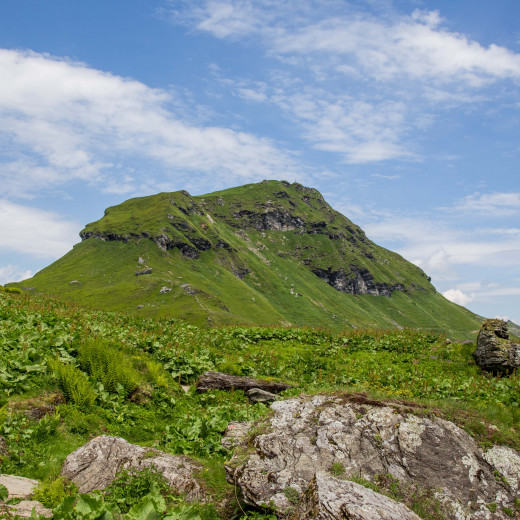 It’s all uphill to the Tristkogel

We opted for the direct ascent on a steep path which led us to the summit. In order to tackle the ridge, it is necessary to have a good head for heights. As an alternative, you can take reach the Tristkogel summit by taking the trail on rear side of the mountain. The Tristkogel with its elegantly formed cross is well worth a visit. Photographers will be enraptured by the photo opportunities. The ascent from the Tristkogel takes you to the romantic Hochtorsee lake, where even on a summer’s day it is relatively quiet. 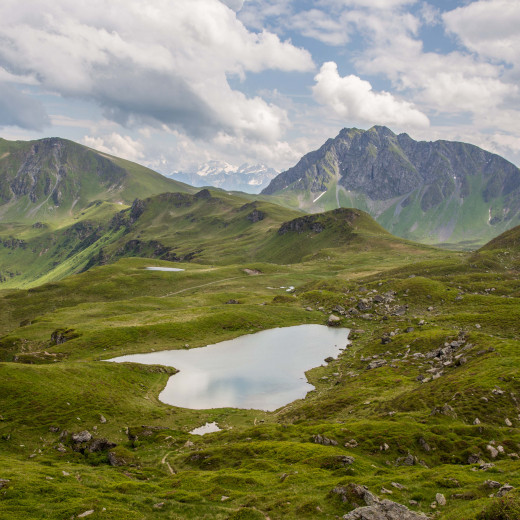 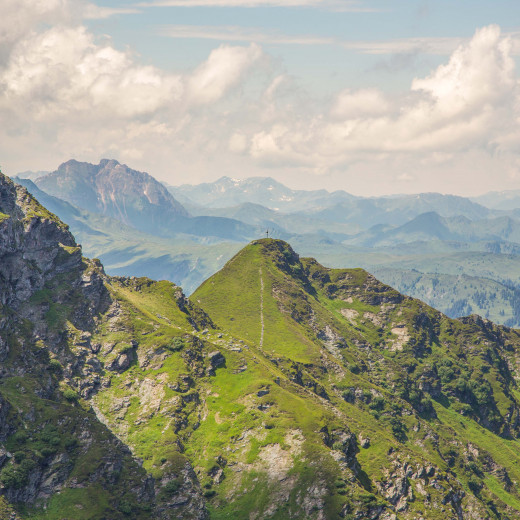 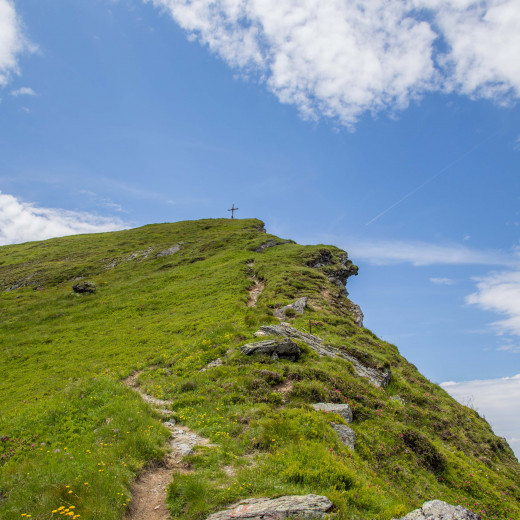 Spectacular views from the Gamshag

From the Hochtorsee it is not too far to the Gamshag. Direct access to the summit is unproblematic. The panoramic views from the summit are unparalleled with the main impression being that of the steep side of the Geißstein mountain. The views stretch from the Wilden Kaiser to the Hohen Tauern mountain range. If the descent did not take so long, we would have lingered a little longer at the summit! The same goes for the Hochtorsee, however a pause to for a refreshing foot bath should not be missed.

A stop at the Lindlingalm

For the descent we opted for the route through Saalwände. The relatively steep terrain is ideal stomping ground for Chamois. With a little luck, you may see some. We pondered, as usual, whether we should stop for a drink at the Lindlingalm, or take the last Noddy Train back to Lengau. We took the first option and after a visit to the Lindlinglalm, headed back to Lengau by foot.

The beauty of the Talschluss is that there is so much one can do. From recreational activities around the Lindlingalm, that attracts so many visitors, the hustle and bustle is left behind after walking a few metres uphill.