What are the signals for winter?

Everyone has their own source for "the sure snow tip". I, for example, am an incorrigible snow optimist. If I see a thistle growing high in late autumn, then I’m sure – winter is going to be grand! If I see a flock of long-tailed tits at the birdhouse, then I know for sure – the snow will come in a few days’ time. But I turned to the snow experts for Saalbach Stories. I consulted the farmers, herbalists, beekeepers and also the scientific world and will pass on the snow forecast for the coming winter – without any guarantee.

What the farmers say:

"So many molehills around the house, winter will be here soon," I recently heard a farmer say with a sullen look at the molehills in front of his mountain hut, and had to find out more. "This rule is usually correct," he says, adding, "the many high anthills are also a sign of an early winter with lots of snow! And if many woodpeckers are busy in the trees, the snow is not far away ..." The farmers have always observed nature well and countless of country proverbs have emerged from it. But not all seem to have an exact accuracy rate today. In former times, it was said that if September was mild, winter would be mild, too. Or if the leaves were still on the trees in November that the winter would be tough. Important dates, like St Martin’s Day on 11.11. indicated the winter weather to come: "If it snows on St Martin’s, it will be a white Christmas." And for the 26th of November, it was said that it was typically a cold day. The behaviour of mice was also closely monitored, because if they burrowed deep, it was going to be a tough winter. However, if the dormouse runs around a lot, snow and ice will be a long time off. If we should go by one of the best known rule, "100 days after the first frost, it will snow", then the snow should come in the second week of December ...

Will there be a good winter?

What the herbalist says:

"If we go by the thistles and mullein, it will be a great winter!" says the herbalist whom I interviewed. "I've been watching mullein in particular for some years, and it's a reliable indicator. The height of the flower head indicates snow in mid-December at the latest. You can also read the amount of snow to come from the height of the thistle – because the height of it is equal to the snow height. The eyebright, which is particularly abundant here this year at 1,500 m above sea level, is also considered a snow indicator. If it has a bushy head with many flowers, we can expect more snow in the following winter. 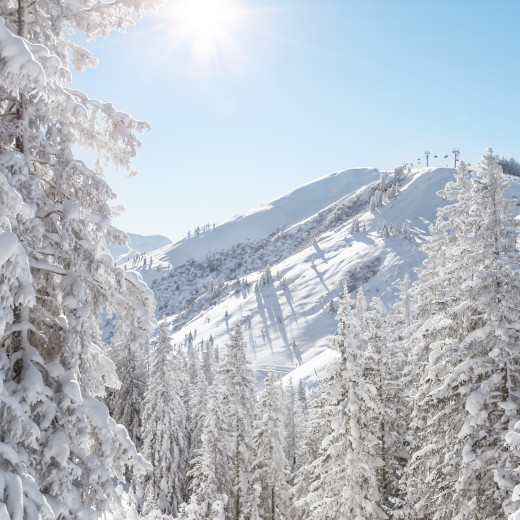 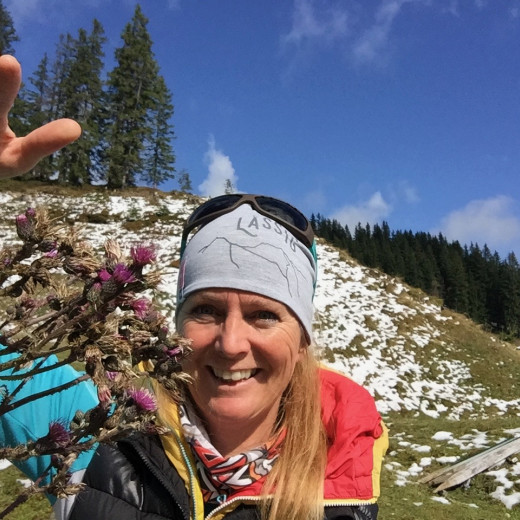 My thistle whispers - a lot of snow will fall.

Eyebright with a lot of blossoms = a lot of snow

What the beekeeper says:

“The signs indicate a white Christmas,” says the Saalfelden bee expert and weather observer Hans Nöbl. He takes into account the good forest honey harvest, the many wasps, but also the abundant plant growth and the many mushrooms for this year's winter forecast and even dares to suggest extreme snow heights. In his detailed forecast, valid for the northern Alps from 800 m above sea level, he foresees a white Christmas and large amounts of snow even in January. If you want to look at Hans Nöbl’s winter forecast in detail, you can read it here. (german language only)

What the meteorologist says:
Marcus Wadsak is meteorologist at the Austrian national television ORF for many years now. I knocked on his door to learn more about how science deals with longterm forecasts and if he has any prognosis for this winter. He explains: „Our computer models currently always forecast the weather for the next 15 days. For 5 to 7 days in advance, the forecasts can be very detailed, the rest is more likely to be seen as a tendency. Past 15 days, it is currently not possible to make a serious or useful prognosis. However, there are scientific efforts to produce seasonal forecasts. This work is currently still more in an experimental stage. It also only shows if the winter will be rather warm or cold or wet or dry and gives no information about when to expect snow. For the current winter, these calculations show that the likelihood of a mild winter is higher than that of a cold one. But even a mild winter has cold phases and every winter has brought snow in Austria – and it will be this way this year too. But when the snow comes and where it will be the most is currently not easy to say.“

My snow conclusion
I see all the signs that announce a good winter, because I love the cold and the snow. That's why I just believe that bees, mushrooms, thistles and dormice are right, and look forward to being a snow queen when the meteorologists announce the first big, fluffy snowflakes. And should the signs deceive us, then I have every confidence in the snow experts from the mountain railways. Because at any given temperatures, they have shown, in snow-poor winters, that they can create the best slope conditions with artificial snow. Either way – winter is guaranteed in the "Home of lässig". And yet, I count on my thistle ...