... the peasants, their surnames and revolts

In the last part of this series I reported about the first settlers and the development of the village. You learned about the economic upswing in spite of deprived times and about the beginnings of skiing. In this article I tell you about the life of the farmers and their struggle for a better future as well as the meaning of the family and farm names.

The peasants did not have it easy in the Middle Ages either, so they were not even welcome at dance festivals with officials and officers. "Probably a sad attitude towards the state that had to provide food for the entire population," one reads in the Heimatbuch. As bondsmen of a spiritual or worldly lordship they were subject to the lord of the manor and had to pay taxes. There were various forms of fiefdom (a free man received a fiefdom when he entered the service of a lord) of serfdom. The probably most unfavourable one was the "Freistift". This enabled the landlord to take away the farmer's farm again every year. With the "Leibgedinge" the farmer had to pay arbitrary contributions, which could be increased at any time without reason. Probably the best form was the "Beutellehen", whereby the farmer only had to commit himself for the lord in case of war, otherwise he was largely without financial burdens.

The call for independence

In the Heimatbuch it is recorded: "Even the Enlightenment philosophers in the 18th century still regarded the farmer as a simple farmer who was always in need of instruction". The peasant became more and more aware of his value, and the call for liberation became stronger and stronger. He stood up for his existence and sent demands and complaints to the authorities, demanding "freedom for the Christian man". Thus the peasant was finally placed at the centre of economic policy. Unfortunately, the idealization of the peasantry in the Glemm valley could not replace the necessary support for drudgery and hard work.  Therefore, after 1848, the state had to take over in full the farmers' means of survival previously taken over by the landlords. The farmers still had to be guaranteed the rights to receive seeds and litter in times of need as well as to graze on alpine pastures and forest clearings. This led to the afforestation of the state forests to further secure the rights, led by the present Federal Forests. The struggle was not in vain, because today's farmers are just as present politically and culturally and help to model life in the village and country in all areas and are still the upholders of a tradition-conscious homeland. 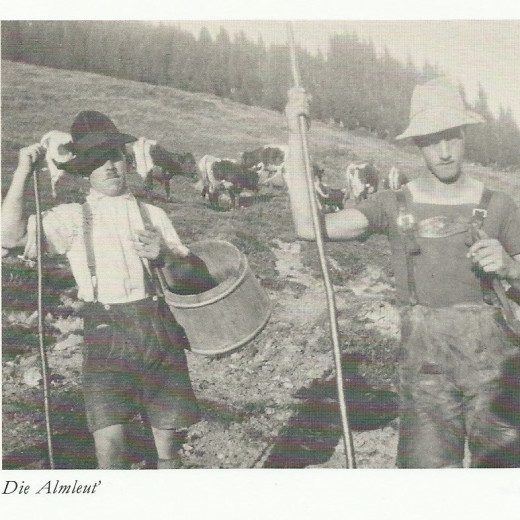 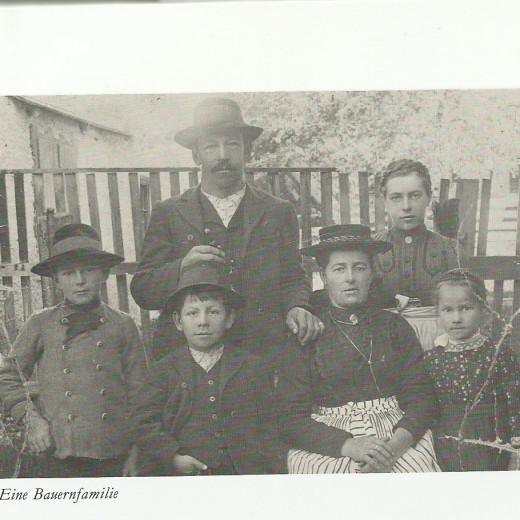 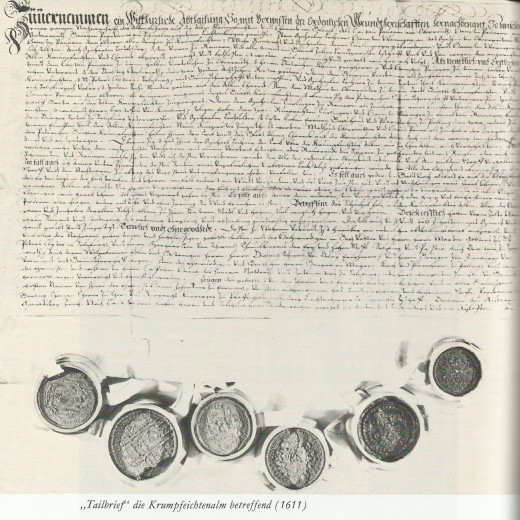 Meaning of family and farm names

Only with the description of the estate until 1614 were official names established, until then the farmers were called by their farm names. Our ancestors were very inventive with the naming. The butcher, for example, was given the epithet Kalbsohr (calf's ear), the grocer Theuerfeil and the drachmer Draxl. With the help of the surnames you can learn a lot about the origin and meaning of the name Hasenauer, for example, you know immediately that the estate of the person mentioned is situated on a meadow with many hares. The origin of the surname Dürlinger is the place name Dürrensalpach in Saalbach and it indicates dry and arid. Even the early presence of Swabians in the Glemmtal can be deduced from the name Schwabl. As with the family names, the farm names also reveal a great deal about the location. Distinctive trees gave the name to farms such as Krumpfeichten (shriveled oak), Taxing (fir) and Eibing (yew). Thus the Pichlgut stood on a Bichl (hill), the Spielberg was the mating ground of the game hens (black grouse) and Schwarzach got its name from the dark water of the wooded bank.

In the next part we continue with the time until the First World War, the 20 years of the First Republic with its first measures for tourism up to the dark years of the Second World War.