So cool! Three brand-new lifts mean even more convenience in the Skicircus!

42.2 million euro in total have been invested into even more comfort, snow and security by the mountain lift companies this year alone. We’ll take a closer look at the three main projects under the heading “the cool 3”.

Important note: This story was published in December 2016 and introduces innovations for Winter 2016/17!

After just having conquered the long Jausern slope, you will probably prefer not to wait in long lines and instead get into the gondola as soon as possible so you can drop yourself into a seat and let the tired muscles relax a little. The new Schönleitenbahn promises exactly that. It is the first point of contact with the ski area for many winter sports enthusiasts and thus an important link in the Skicircus. In order to prevent long waiting times at this bottleneck, the original Schönleitenbahn, constructed in 1987, has been replaced by a more capable gondola lift. With a passenger increase of 1150 people per hour, a total of 3200 winter sports people have utilised the new, super modern 10-seater cabins per hour since 3 December. Up to 10 people can sit in the generous cabins. The 968-metre-high transport route up to the mountain station can now be enjoyed in the most convenient way possible. 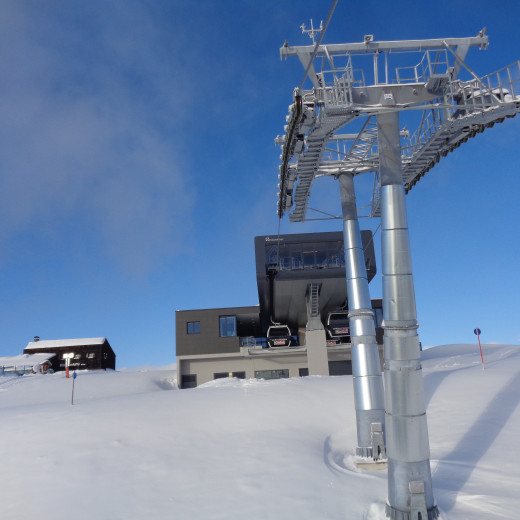 The mountain station of the new Schönleitenlift. 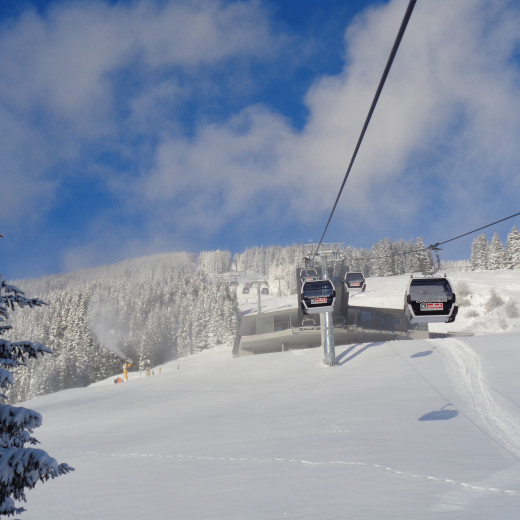 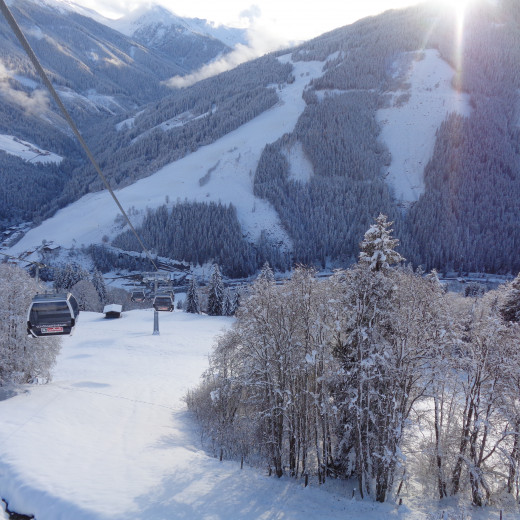 The cumbersome process of carrying your skis when switching to the Zwölferkogelbahn or to return after going down the slope from the Westgipfel is now coming to an end thanks to the new “12-seater Express”! As we all know, it’s always best to keep it short and sweet – as well as safe and convenient! Because the modern 10-seater gondola lift transports 2400 winter sports fans per hour from the Oberschwarzach practice lift near the centre of Hinterglemm across 240 metres in only two minutes to the Dr. Karl-Renner House. From there, you comfortably go to Zwölfer valley station. Previously, two streets had to be crossed on the foot path. This danger – especially for children and ski learning groups – can now be avoided thanks to the new cabins. And also for the opposite direction, namely from the Zwölferkogel to the Westgipfellift and the U-Bahn, the link creates new comfort and safety. For holidaymakers launching their ski day from the Hinterglemm town centre, the Zwölferkogel can be reached even faster now, as it only takes a couple of steps. Until now, first entry usually began with the U-Bahn to the Westgipfel. With the 12-seater Express, the walking time from the town centre is kept short which guarantees an even more convenient start into the ski day.

Double is better and faster! That’s why all novice skiers can get excited about shorter waiting periods at the Oberschwarzach platter lift this winter! Due to construction work for the new 12-seater Express, the popular practice lift in the beginner’s area at the foot of the Westgipfel received an upgrade and was converted into a double platter lift. The large practice facility is frequented a lot and during peak hours, up to 100 ski teachers are busy teaching their groups there. From now on, up to 1800 people can be transported with the platter lifts as well as the Funparklift per hour. 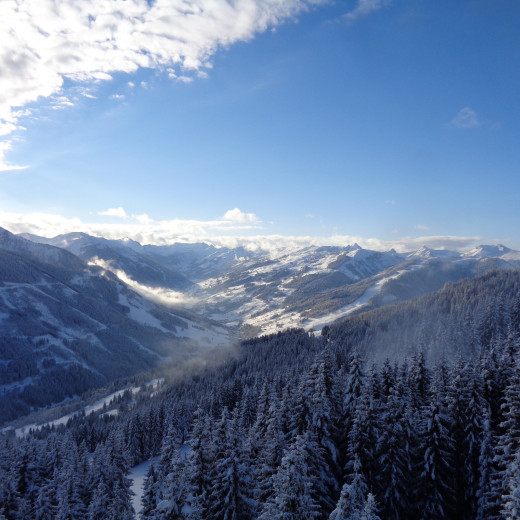 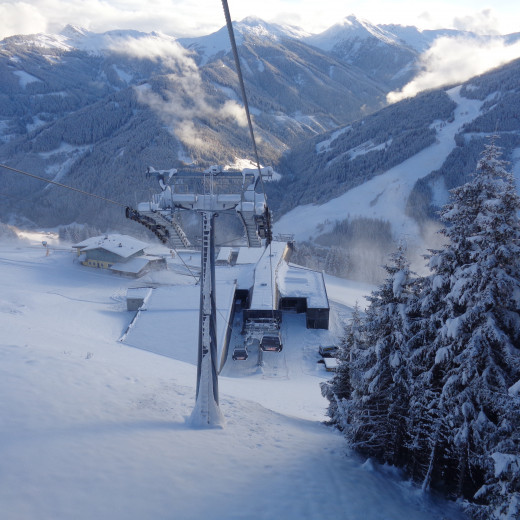 Further optimisations in the Skicircus

Next to the two new lifts, the mountain lift companies in the Skicircus Saalbach Hinterglemm Leogang Fieberbrunn have taken care of additional optimisations in the entire ski area. As part of the construction of the Schönleitenbahn, for example, the underpass of the Glemmtaler Landesstrasse street and the ski bridge across the Saalach were also renewed – which allows for a safe passage into the valley station after a ride down the Schönleiten slope. The Glemmtaler Landesstrasse was also expanded in the form of a turning lane and a traffic island in the junction to the valley station which prevents traffic congestions from cars turning to the valley station and also makes the passage across the street easier for pedestrians. The ski path from the U-Bahn descent to the Westgipfel valley station was also improved and straightened. Thus, even the last part can easily be completed by beginners on a blue slope. The new reservoir “Asitz II” at the Asitzbahn middle station, with a volumetric capacity of over 74,000m3, secures the water supply necessary for making snow for the two valley slopes in Leogang.