The biking prodigy from the Glemmtal Valley

Valentina “Vali” Höll from Saalbach is one of Austria’s biggest mountain biking talents. In the last few years, she has scored all trophies in all of her age groups and has been participating in the UCI Downhill World Cup since this beginning of this year. And all at the mere age of 16.

2018, the start of Valentina Höll’s first World Cup, Mali Losinj, Croatia. Everyone is watching the young talent from the Glemmtal Valley, who is already in the starting gate. She has spent the last few years proving just how good she is with the bike, but at the world’s highest altitude racing series, the air is much thinner than at domestic races. “Of course, I was nervous! It’s the World Cup, after all,” she remembers after the successful race.

All the superstars from the mountain biking world haven taken position at the starting line, and she’s right in the middle. But after the starting signal, it all comes right back to her. She switches into racing mode and shows off what she’s made of. And she’s got plenty to show: decisive victory in the U23 category! Even grouped together with the elite bikers, she would have made sixth place. Mission accomplished! For now. Because there are still seven World Cup races left this year. On top of that, Vali would also like to participate in a few small national races. All of these commitments require a lot of time off, which she is luckily granted by her school. “As long as I finish school, everything is fine,” she explains. And that’s exactly what she plans to do, for mountain biking is not everything in life. But most of it.

Back to the roots in the Glemmtal Valley. Her father: Walter, Spielberghaus innkeeper, mountain bike enthusiast. Her mother: Sabine, spends every free minute on the bike. Godmother: Austria’s elite downhiller Angie Hohenwarter. So, it shouldn’t come as much of a surprise that little Valentina herself would soon begin to develop a taste for adventure and racing herself. At eight years old, she got her first full suspension bike and immediately went out and hit the trails around the Spielberghaus. There, everything revolves around biking and it’s also where Vali first got hooked on the sport. One thing to keep in mind is that the best trails in Europe start right in front of her front door. Thus, it’s for Vali to quickly go on a training session after school, either on the Hackelberg Trail or the famous X-Line at the Schattberg Mountain. Those are also her favourite trails in the Glemmtal Valley. It goes without saying that she knows every trail in the valley like the back of her hand.

Winning her first WC-Race in Croatia

When the snow finally melts in the spring, Vali can’t wait to get back on the tracks. For her, practice means fun, first and foremost. “For me, trail riding is all about fun. Without any big plans,” she says. In contrast, she trains her strength and endurance at the gym, because downhilling isn’t just about sitting on a bike and riding it, but also requires a high level of fitness. And she’s got it. In the winter, she likes to be out and about on her skis, and, up until recently, even participated in ski races, but since this year, she has been fully focused on her biking career. 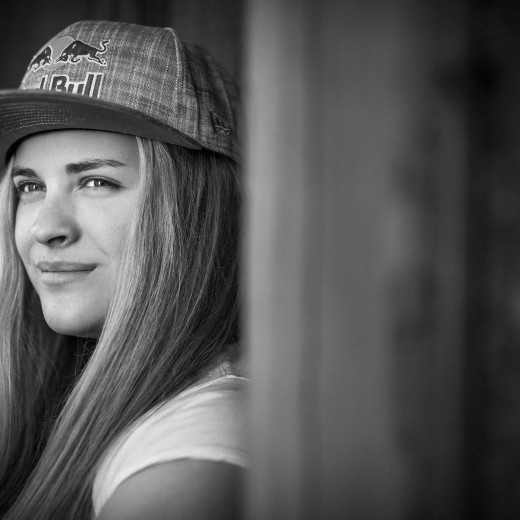 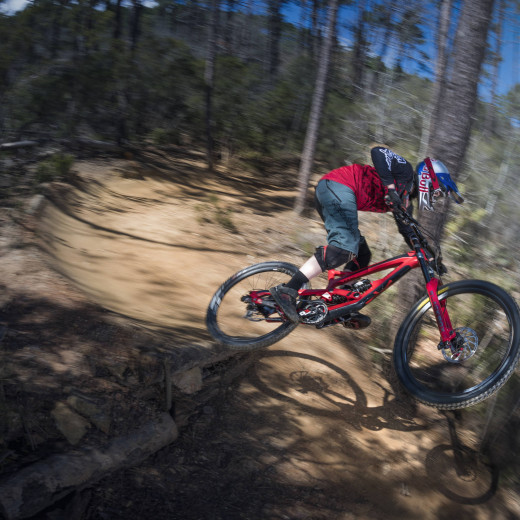 With the age of 3 Vali competed in her first race. 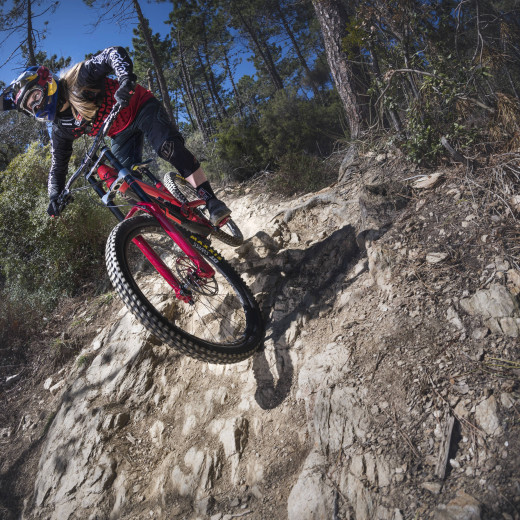 It goes without saying that she has the full support of her parents Sabine and Walter, who also drive her to her races in Europe. She is part of the YT Industries Pro Team, so she no longer has to worry about getting her hands on outfits, materials and cool glasses. Now, she gets all of those things from her supporters. As of now, she has been flying past all of her competitors, leaving them in the dust. With times so good they even got the elite riders nervous. “When I’m at the starting position, I switch into racing mode and just get going,” she explains casually. This is why, two years ago, she was already described as a future world champion. But all of that stuff doesn’t worry her. She knows how to deal with the external pressure. This is also where her experience as an alpine skier comes in — though her main priority is still just to have fun. In two years’ time, she will be able to participate in the elite category, and then, after she’s successfully finished school, there’s nothing left to hold her back. “Until then, I want to learn a few more things about the bike and get to know the World Cup tracks,” is her plan. But her motto remains the same: “Keep having fun and don’t give in to pressure”. Her success proves her mantra right and there’s not much left in the way of an amazing biking career.

We’re all keeping our fingers crossed for Vali and her World Cup races!