On snow park slang, hopes for the next generation of freestylers and an average day in the life of a park shaper. “Sick, man! Send it! Nice one! Corners, tables, flat” … Come again? During my behind-the-scenes visit to the snow park, I got to hear so many snow sports slang terms that I ended up losing count. But behind the cool facade of many a park shaper hides a lot of hard work and dedication. For when it is finally time for the guests to hit the sheets after a long day out on the slopes, the shapers only get started. And if there is one thing that’s for certain, then it’s this: Head shaper Roli and his crew do a whole lot more than just shovel snow around.

Roland Hofer (“Roli”) is the head shaper and the CEO of the company Shape Syndicate. He has been and still is a passionate snowboarder himself and also participated in what were some of the first freeriding and freestyle contests in Austria. It was during this time that the foundation was laid for Roli’s future, for he was rarely satisfied with the designs of the parks at the time. Together with a bunch of motivated friends — among them also Heinz Fuchs, the newly elected head of the tourism board in Saalbach Hinterglemm — he launched his first shaper projects across various skiing regions, which coincided with a whole lot of begging in order to secure the much-needed snowcats. This was followed by the “Nightpark Saalbach Hinterglemm” project, which Roli was part of for over ten years. Unfortunately, he had to quit his professional snowboarding career due to a sports-related injury. Instead, he was able to shift his focus onto professional park design. The expertise gained in this way has made him the absolute pro when it comes to anything to do with snow and shaping. And it’s exactly this expertise that he now wishes to use to attract young and motivated kids to the snow park. Together with Sander Berentahl, his right-hand man from Denmark, and with locals like Mike Langegger and Rupert Schwarzenbacher working the shovels and the snowcat, his team is complete. And thus, the “Rookie Revolution” was officially launched. 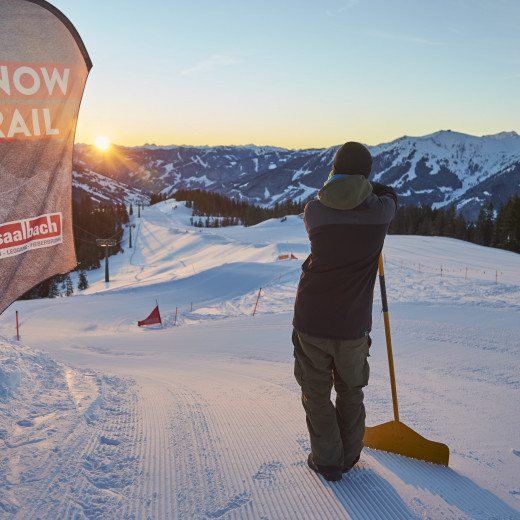 fine shape in the morning 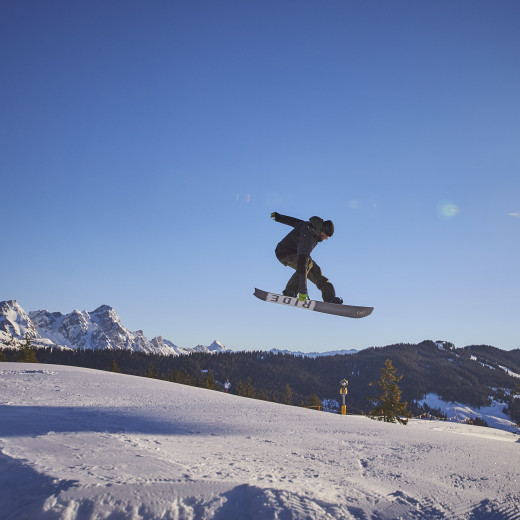 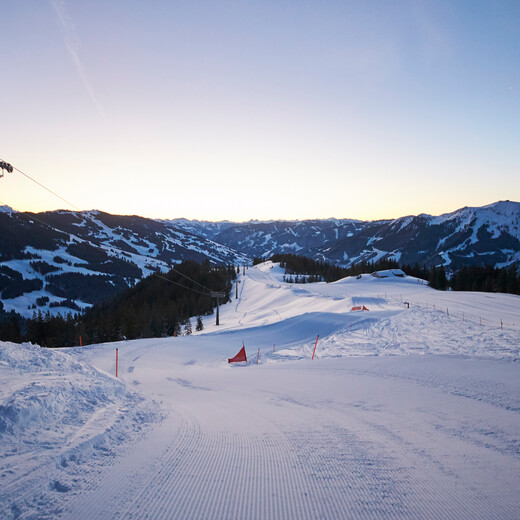 calm before the storm

Since winter 2019, Roli and his crew have been dedicating themselves to the Bernkogel mountain, where everything is perfectly set up to allow complete beginners to make their first freestyle steps. First, the upper part of the slope saw the planning and implementation of a snow trail with a snow tunnel, high-fives, a giant xylophone, waves, steep turns and ramps. Just before the middle station, the snow trail was expanded with a “Learn to Ride” park. The mission is crystal-clear: This easy and rather playful snow park concept is intended to attract more young people to freestyling. And Roli is a big proponent of it, too: “It’s crazy how much use we’re seeing for the new trails and the park. Sometimes we can even see people queuing for it. And at the same time, the offer adds so much more variety to slope skiing and also helps improve coordination with the many slope and park elements.”

Off the computer, into the snow

But even the simplest of parks takes a whole lot of work and effort before it’s actually built. Each element and each area are first planned out digitally. And in the real world, when it comes to the actual assembly of the park, there can often be spontaneous changes. And mother nature is, of course, the master builder of them all, and must never be forgotten about. Depending on snowfall, temperature or water availability, the construction and arrangement of the individual elements can either be made more or less difficult. And one thing is for certain: During a record winter such as this one, the gang had a whole lot of digging to do. Because after each and every fresh snowfall, the whole park has to be dug up and groomed with the snowcat and each kicker and every obstacle approach reshaped by hand. But the boys are flexible and creative and always find a solution to any problem. 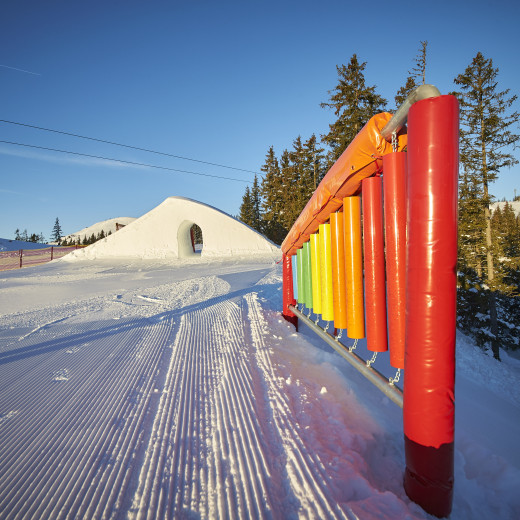 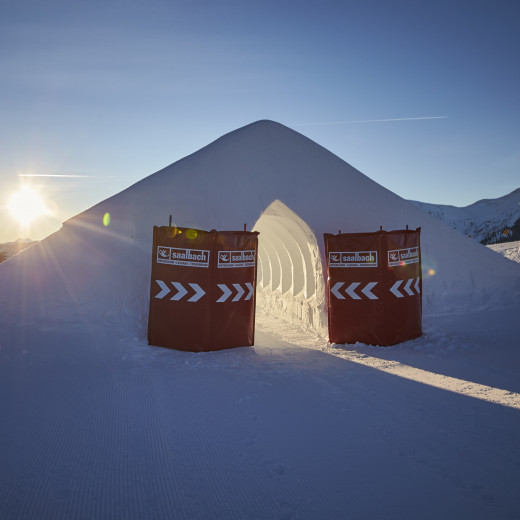 a tunnel made of snow 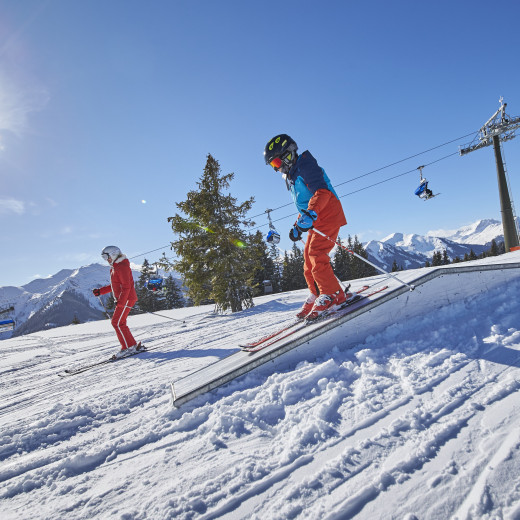 in the "learn to ride park"

And that’s absolutely necessary for any snow park. And it’s also why the boys only head out once the slopes close after 5.00 pm. Sleep isn’t even in sight yet. Now, it’s time to dig, excavate and roll only for the work to continue with the fine shaping the next morning. Only then, the park and the snow trails can finally open their gates to the public again. And even during the day, the trails still have to be monitored regularly. For it is precisely the most heavily frequented snow trails and the easier parks that require the most attention and always have to be in perfect order.

idols at the freestyle show

For creative master builders like this, the daily routine is way too boring. After all, every shaper gets to fulfil their ideas and dreams in the snow. And hence, Roli and his team never miss out on the opportunity to build a big snow kicker each winter. “The best way to motivate rookies is by being role models,” says Roli. And every Thursday evening, these “freestyling idols” put on a top-notch show to do just that. Because even the guys participating in the big “Gun Fire” show — where all riders get to show off their best tricks over the kicker in quick succession — once started out as rookies themselves.