Autumn time is pumpkin time which means its Halloween time - and for many, this includes the annual ritual of pumpkin carving. By the way, the tradition originates from Ireland. With the Irish emigration in the 19th century, the custom reached the USA, where it has become one of the most important folk festivals.

But what is the reason behind displaying pumpkins outside your door with grisly faces on Halloween?

According to legend, there once lived a villain named Jack Oldfield, who was able to outwit the devil when he tried to take Jack's soul. Jack asked for one last wish: An apple as his last meal. The devil himself should pick it from the tree. As the devil climbed the tree, Jack carved a cross into the bark of the trunk, and because the devil was afraid of the symbol, he was stuck up the tree. To free him from his “prison”, Jack made a deal with the devil that his soul is left alone for all eternity. When Jack died years later, he was not able to go through the gates of heaven as he had committed too many evil deeds. As he had made a deal with the devil, he also wasn’t able to enter hell either, so from then on, he walked in purgatory between the worlds. But hell showed a spark of mercy and equipped Jack with a lump of glowing coal against the darkness. Jack put the burning coal into a hollowed-out pumpkin, and he has been roaming the no man's land with it ever since. Every year on the eve of All Saints' Day he walks the earth for one evening. From this legend arose the superstition that a burning piece of coal in a pumpkin could keep the devil and other evil spirits away. 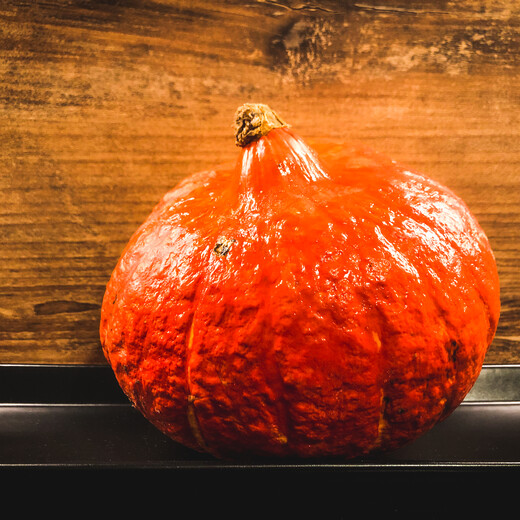 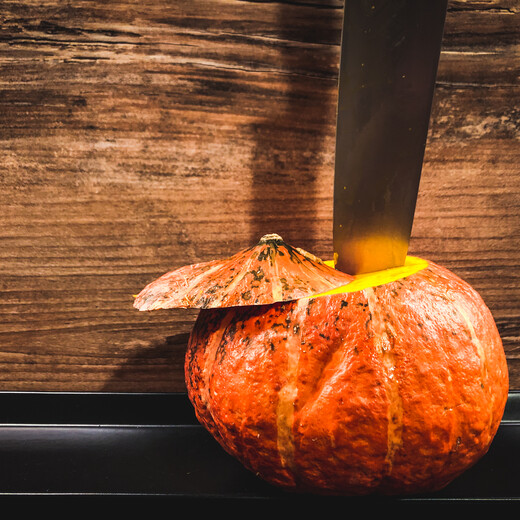 Cut the top and bottom off first 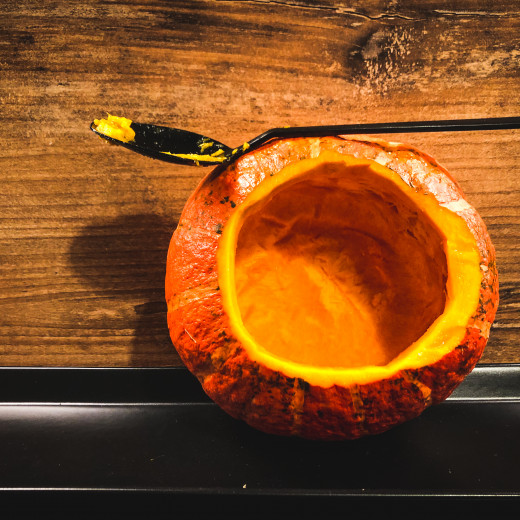 With my recipe, you can no longer use the pumpkins as lanterns, but it is a great idea for cooking together with friends or family.

For 4 people you will need:

Most of the time is calculated for hollowing out and carving the pumpkins - depending on how elaborate you want to create your “faces”. For my four pumpkins, I needed a total of 1.5 hours as I wanted to surprise my family. Of course, if you cook together, it is much quicker. Firstly, I cut off the tops of the pumpkins and then flattened the undersides so that they would stand well on the plate and not roll away. Then I hollowed out the pumpkins. 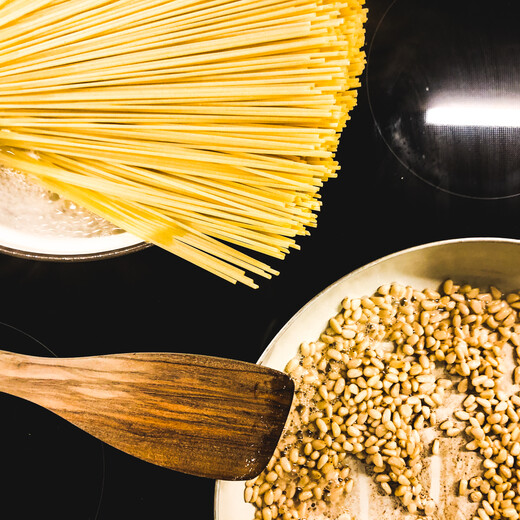 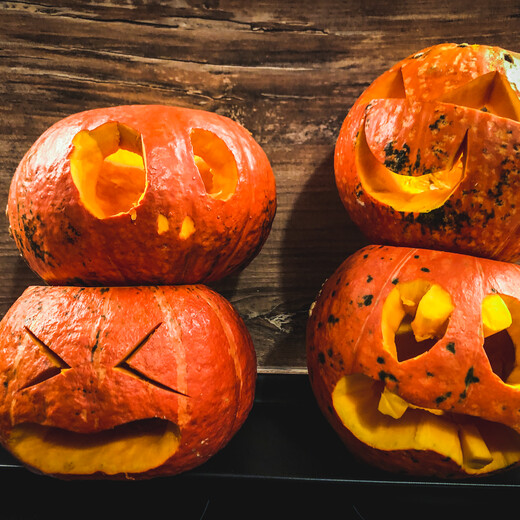 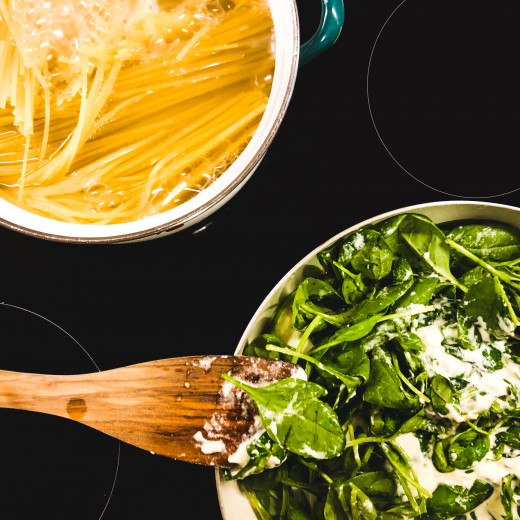 Filling in the making

So now the creative part follows, the carving!

I painted the faces before and cut them out with a small knife. After that I sprinkled oil on the insides of the pumpkin faces and put them in the oven at 170 degrees for about 30 minutes. Meanwhile, cook the pasta and prepare the goat's cheese and spinach sauce. Put a little olive oil in a pan, add the goat's cheese and let it melt - season with salt, pepper, and nutmeg. Next, I toasted some pine nuts and added them to the melted cheese. Only at the very end, I added the spinach.
Mix the ingredients together and fill into the pumpkin heads. Add some parmesan cheese on top and put the pumpkins back into the oven again.