From thunder roses to houseleeks

Cool superstitions – plants and the weather

When on a hot and sunny day, there is a sudden change of weather, and the dark clouds start rolling in, thunder and lightning are usually not too far away. Thunderstorms are not uncommon during the summer months, and even in the Glemmtal, a storm is nothing unusual. But what is the connection between thunderstorms and medicinal herbs and why would a local prefer to leave an Alpenrose standing is an old secret that I am happy to share with you.

Medicinal herbs and their use as weather predictors

Nowadays, thunderstorms aren’t quite as terrifying as they used to be, and there is a straightforward explanation for this. In not the so distance past, folk believed that storms with hail, lightning and thunder were the work of witches or even the devil himself. When, through the valley of Saalbach Hingerglemm, dark rolling clouds formed in the distance along with strong gusts of wind, and heavy raindrops started to fall with the rumbling of thunder, the locals were filled with fear. 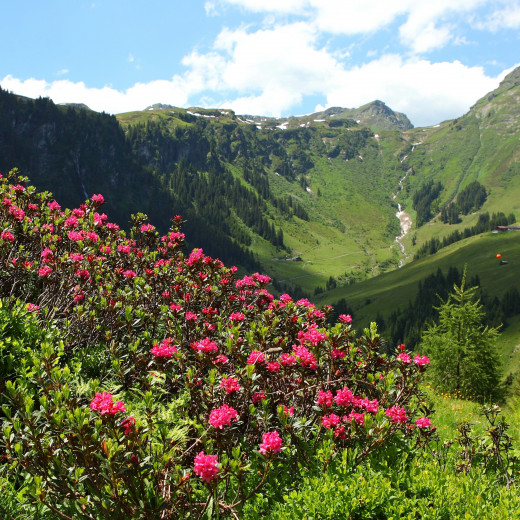 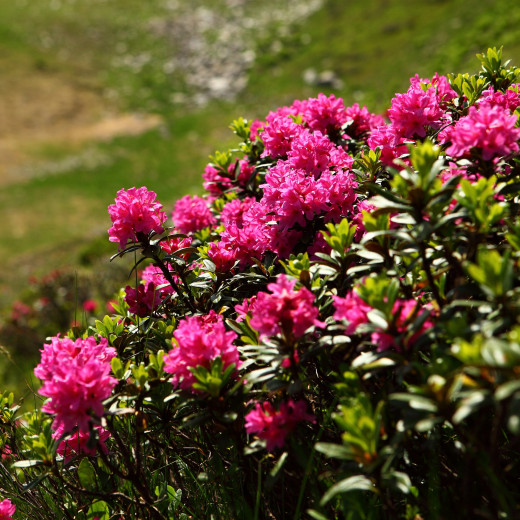 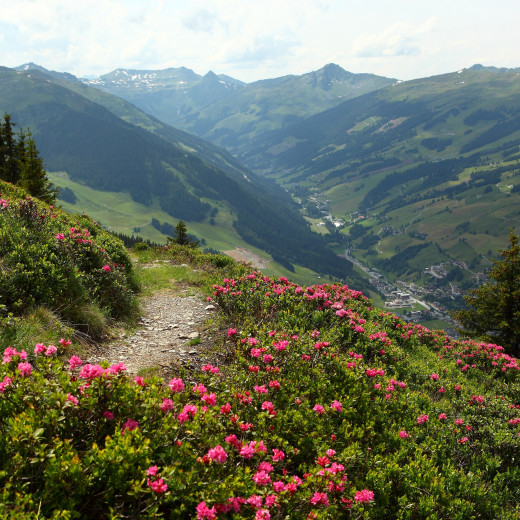 Alpenrose in Home of Lässig

The inhabitants of the Glemmtal, as well as those of many other rural areas, developed rituals. They believed they could protect themselves from the spells of the witches. To this day, several of these rituals have survived. For example, during a storm, the church bells are still rung. “Wetterlauten”, as it is called, is the belief that by ringing the church bells a thunderstorm will pass, and the village be will spared from disaster.

Hence, people also tried to protect themselves from the evil of the witches with so-called weather plants – these medicinal herbs are said to hold protective agents against lightning, hail, storms and flooding and thus protect the folk and their livestock as well as the farms and houses. The most well-known plants are St.John’s wort, king’s candle (mullein) and the houseleek. 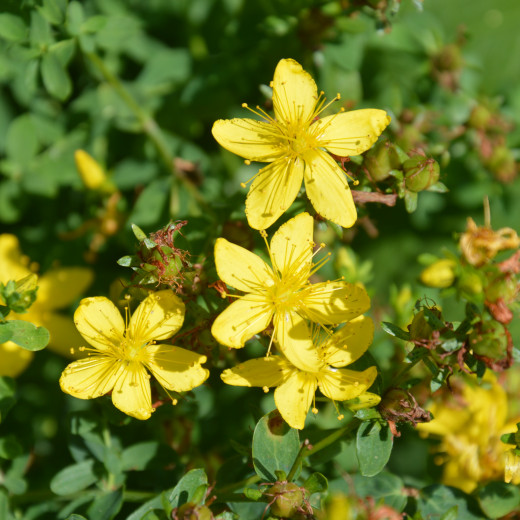 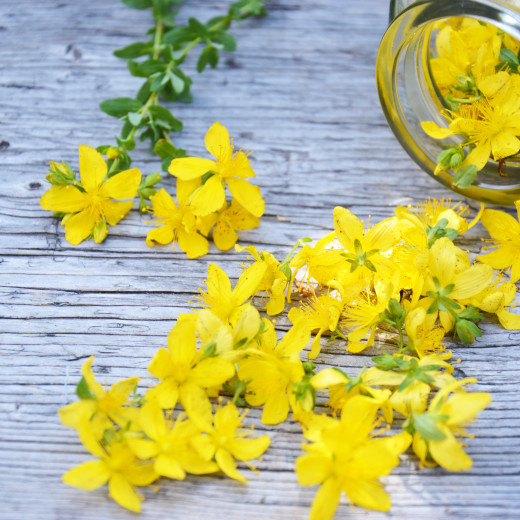 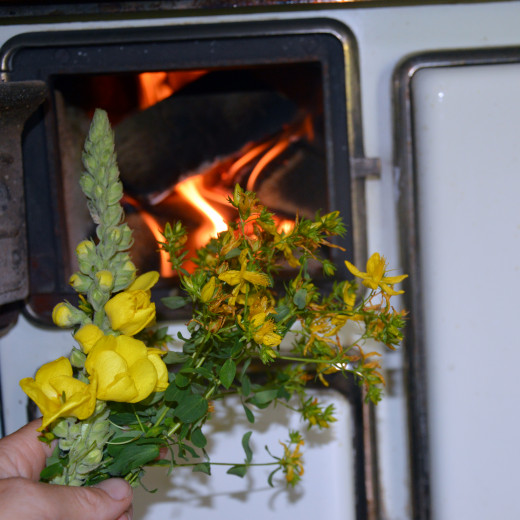 Every year, during the summer solstice, a small yellow flower blooms on the mountains. Small stars that are said to attract the sunlight. St. John’s wort has always been considered a magical herb and even today is seen as an important medicinal plant for both humans and animals, as well as protecting barns and houses. The flowers of St John’s wort are treasured to produce the red healing oil. However, not only the flowers are used, but the whole herb can be harvested and dried as a weather plant.

From a distance you will already see this imposing plant with its bright yellow flowers. The mullein grows up to two metres high. Mullein, otherwise, known as the king’s candle, owes its name to formally being used as a torch. The tip of the plant was covered with wax and a dose of bad luck and ignited. The king’s candle has always been used in the same way as the St. John's wort to drive away storms. The individual flowers or the whole head are harvested, dried and stored as needed. The large king’s candle is also in high demand as an oracle plant. Its shape and the how the flowers are positioned tell us a lot about the weather and especially about the coming winter. I’m happy to inform you that there will be more to read about the special abilities of the King's Candle and how it is used to forecast snow will be available to read here soon! 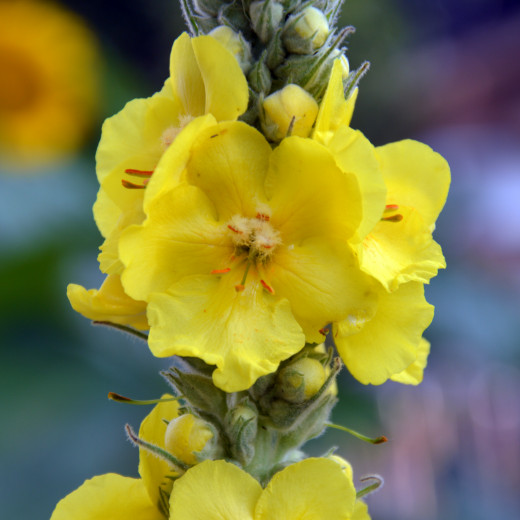 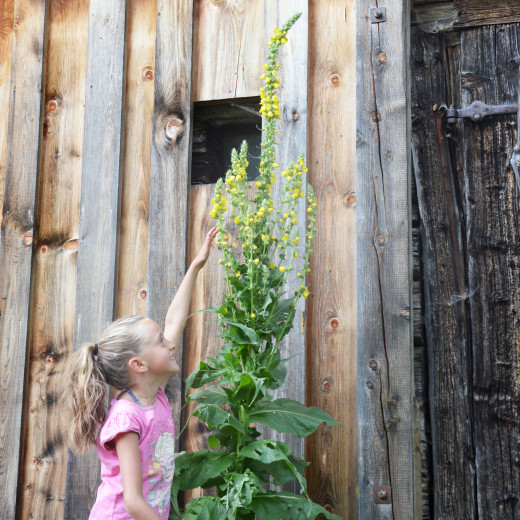 How high is the king's candle? 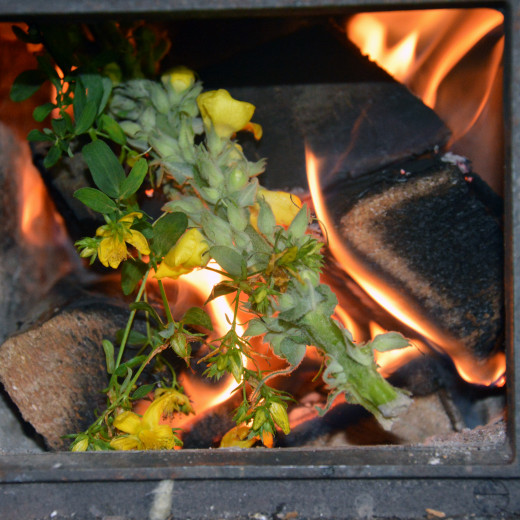 Protection from lightning and thunder

When a thunderstorm is approaching, you should reach for the king’s candle and St. John’s wort and throw them into the hearth fire or ignite them at a stove or in an incense burner. The rising smoke of the two plants drives away the storm and troublesome black clouds and allows the sun to shine again.

The houseleek is today planted mainly because of its decorative leaves and is a popular deco plant, but only a few years ago it was found on the roofs of many houses and almost all Alpine pastures and farms in Saalbach Hinterglemm. As you can see from the name weather plant or thunder herb, it also belongs to the family of the weather plants. However, it is not burned like the king’s candle and St. John's wort but planted on the roof as a natural lightning conductor.

In addition to the herbs and plants which are said to protect people from storms, there are also those have the opposite effect. These include, for example, the Alpenrose which according to the beliefs of local folk attract thunderstorms and other disasters and are said to have used weather witches to create storms with hail and lightning. There are numerous legends and tales surround the bright red Alpine flower. Probably the most well-known is that in which the Alpenrose is known as the thunder rose. The legend goes that lightning will strike anyone holding the thunder rose. A beautiful, yet moody village girl discovered this once at her own cost. She gave her beloved, who had enraged her a thunder rose who placed the plant on his hat and it cost him his life when he was struck. The young girl regretted her arrogance too late and eventually died of grief.

Consequently, and because the Alpinerose is protected, you should only admire the plant while out on the mountains, but never take one as a souvenir.

The Mushroom Pickers‘ Code of Conduct