The Skicircus Saalbach Hinterglemm Leogang Fieberbrunn offers two great attractions for the whole family – called “Funslope Zwölfer“ and  “Funslope U-Bahn“. With their fun twisters, banked turns and waves, the two Funslopes turn every day on the mountain into an unforgettable experience. And the best thing is that every guest – no matter if beginner or experienced skier or snowboarder – finds an exciting alternative to the carving fun on the wonderful slopes of the Skicircus.

Here, you can speed into fast banked curves, dynamic snow waves, little jumps and last but not least an impressive giant fun twister made entirely out of snow. This highlight will spin you around and eventually get you to the exit through a snow tunnel. Enjoy the remaining run towards the base station of the B5 Zehner 6-seater, hop on and right at the top station of the chairlift you’ll find the Funslope’s entrance.

Here, you start by riding through a mysterious snow tunnel followed by a “speedboost“ which will get you to Funslope speed. Then, you cruise through banked curves and snow waves until you meet the Funslope dweller “Slopy“ at the bottom of the run who will be more than happy to give you a well-deserved high five. Now you just have to follow the slope and the fun goes on at the lower part of the Funslope.

You’ll find the second Funslope next to the A9 Unterschwarzach lift and here, a very special adventure is waiting for you. Just like its partner attraction – the Funslope Zwölfer – the Funslope U-Bahn offers two exciting and diverse sections. However, the Funslope U-Bahn can’t exclusively be ridden during daytime, but also after dark! Thanks to the floodlights along the run the Funslope is brightly lit even when the sun has set. So, it’s just the right thing for all night owls who can’t get enough and want to push back their last turns of the day.

At the upper part of the Funslope U-Bahn, a classic Funslope at its best is waiting for you – with a “speedboost”, snow waves, a rapid banked turn, a tunnel and numerous “Low-Fives” you can clap as you pass by. Follow the regular slope until you see the second section of the Funslope – located right next to the snowpark and the tubing area.

Banked curves let you gain the right speed before you get spinned around by the snowy fun twister and eventually a true family park opens up in front of you. Here you can find a fantastic combination of easy snowpark features, mini jumps and more Funslope attractions like snow waves and banked turns. 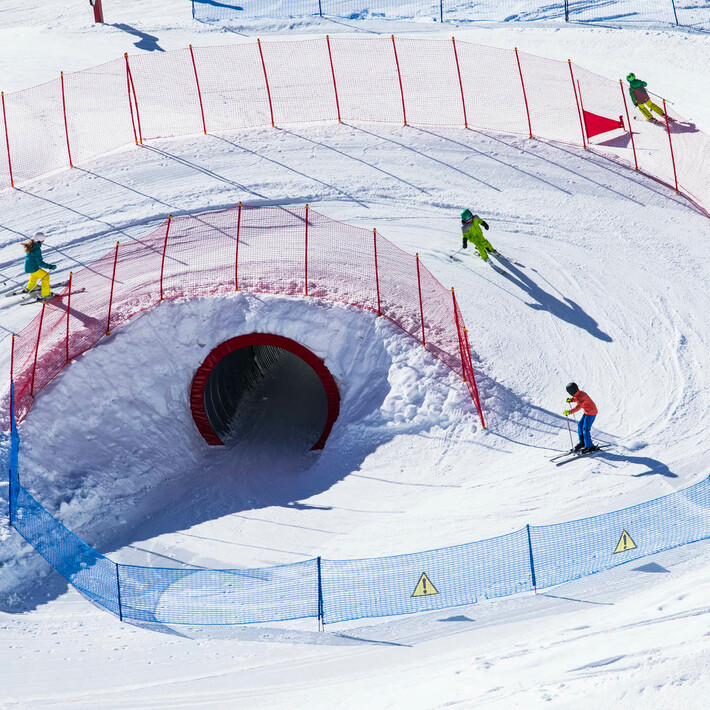 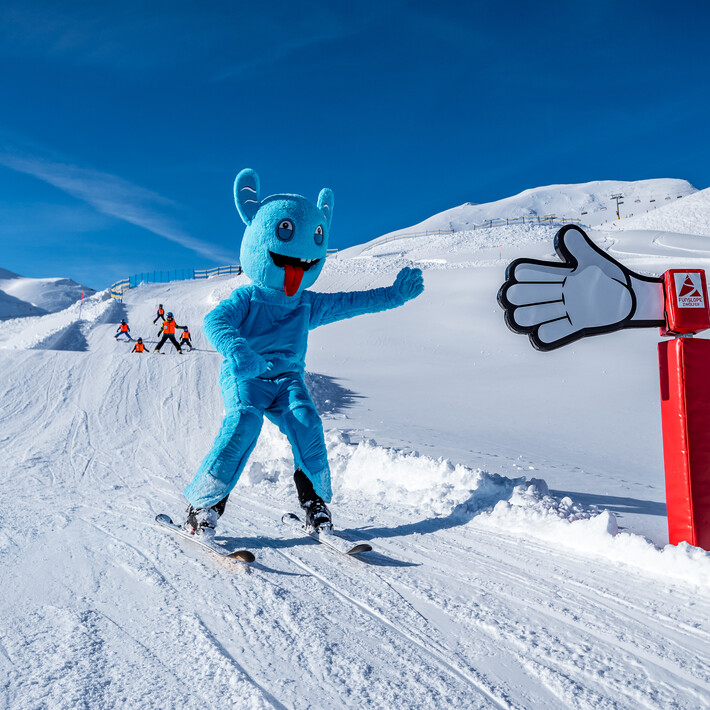 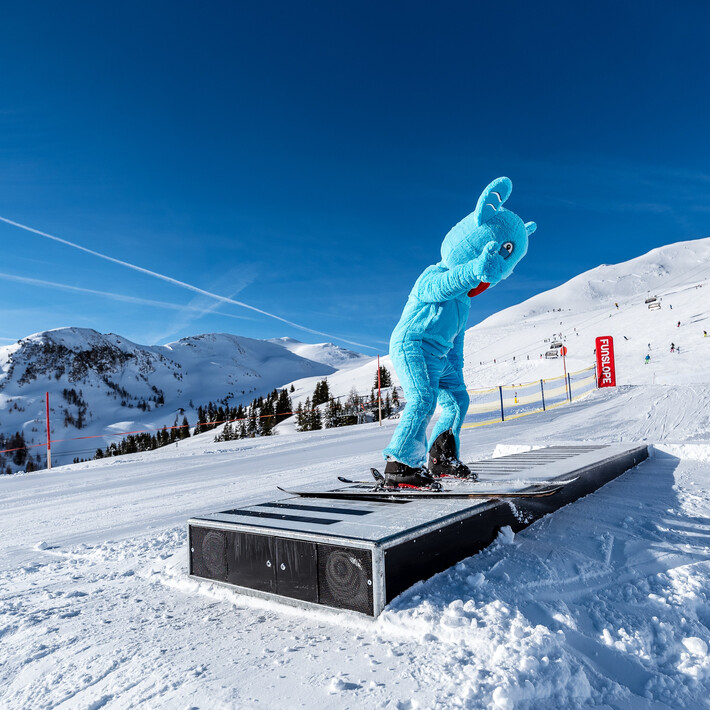 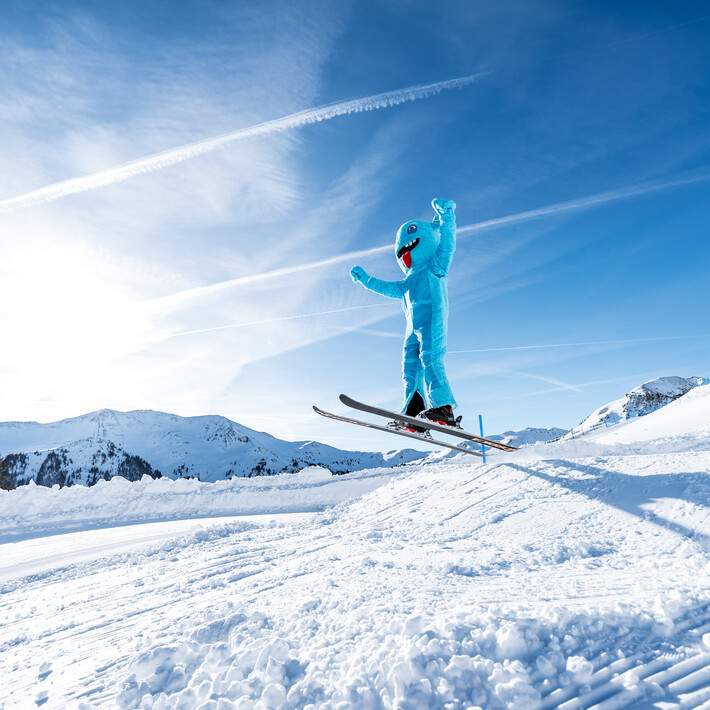 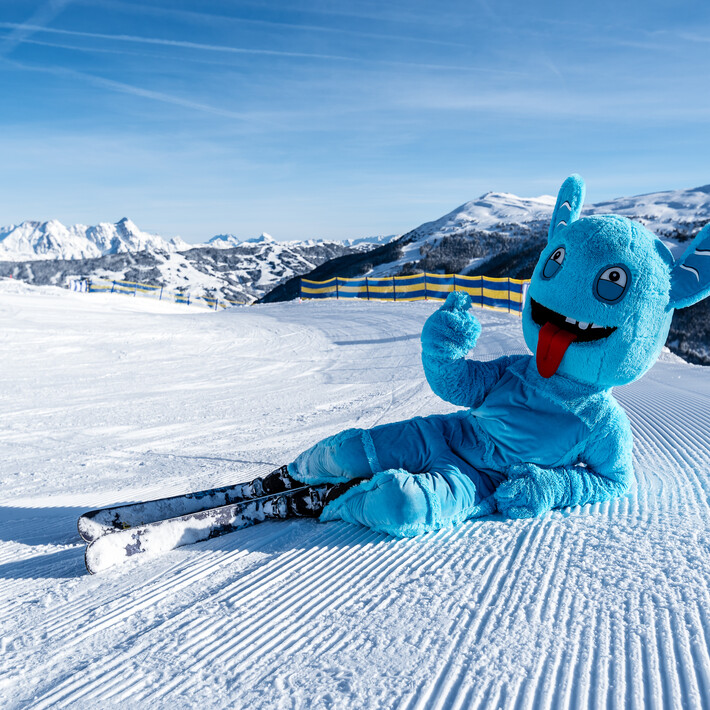 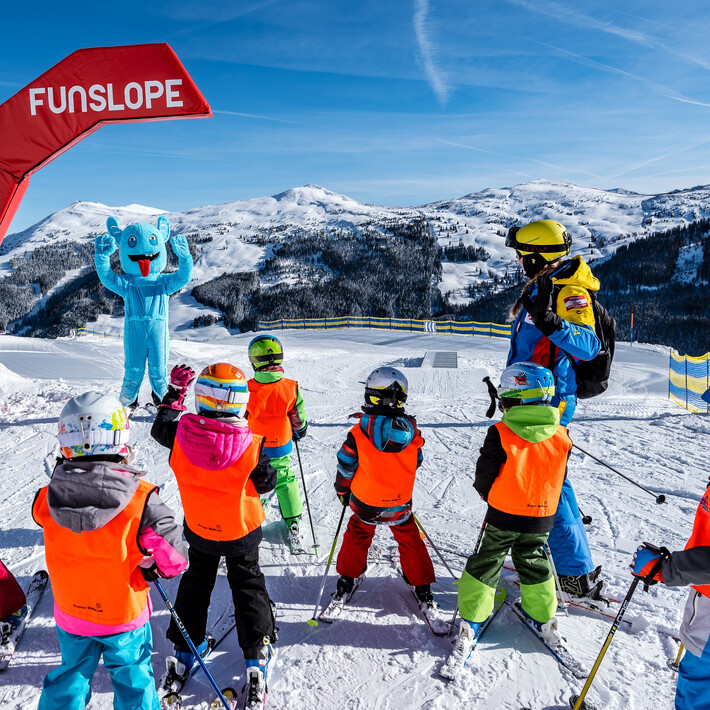 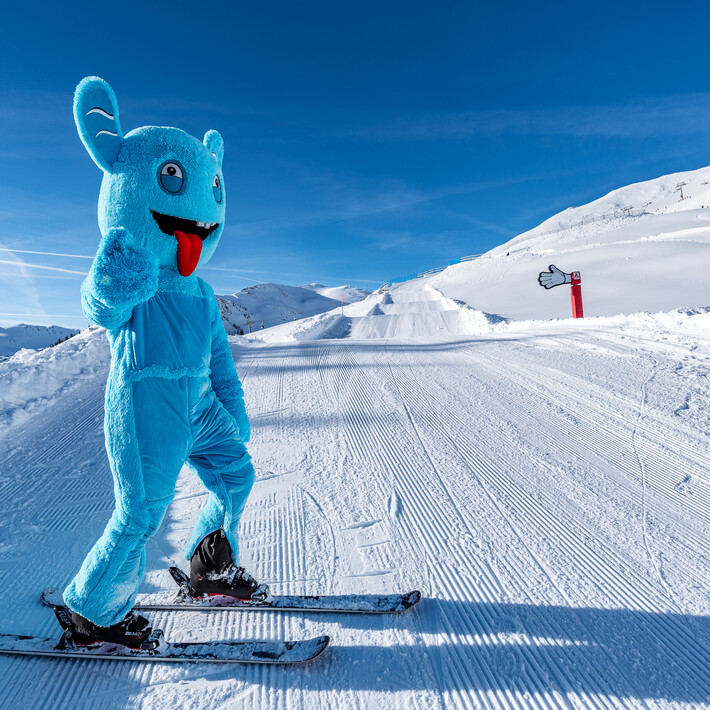 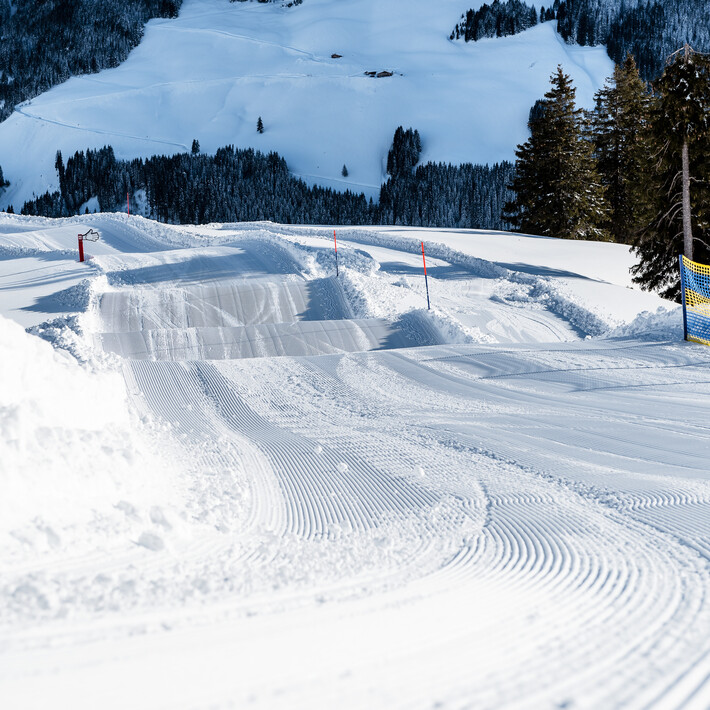 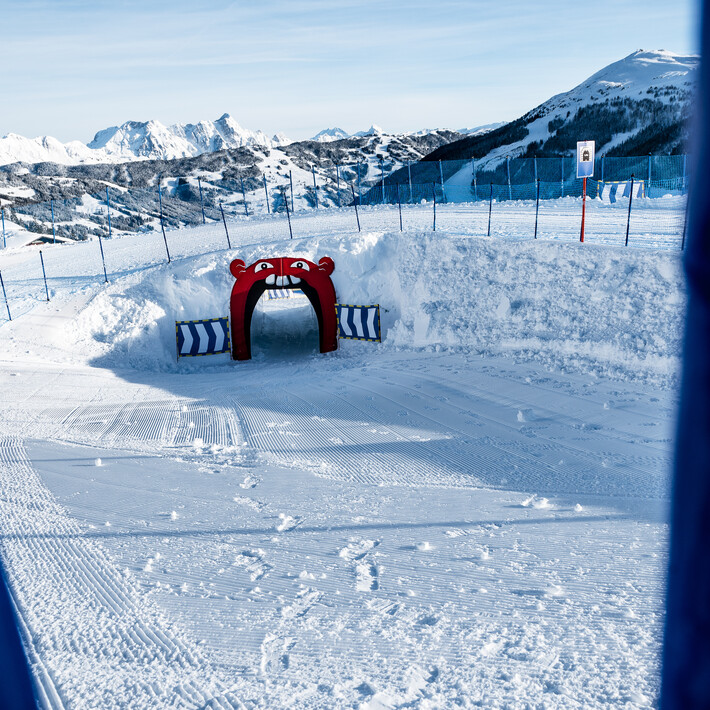 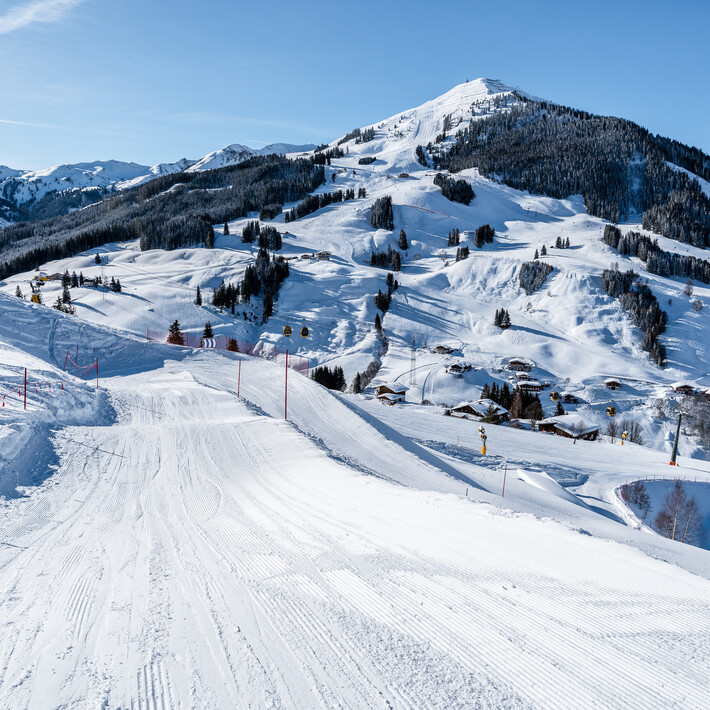 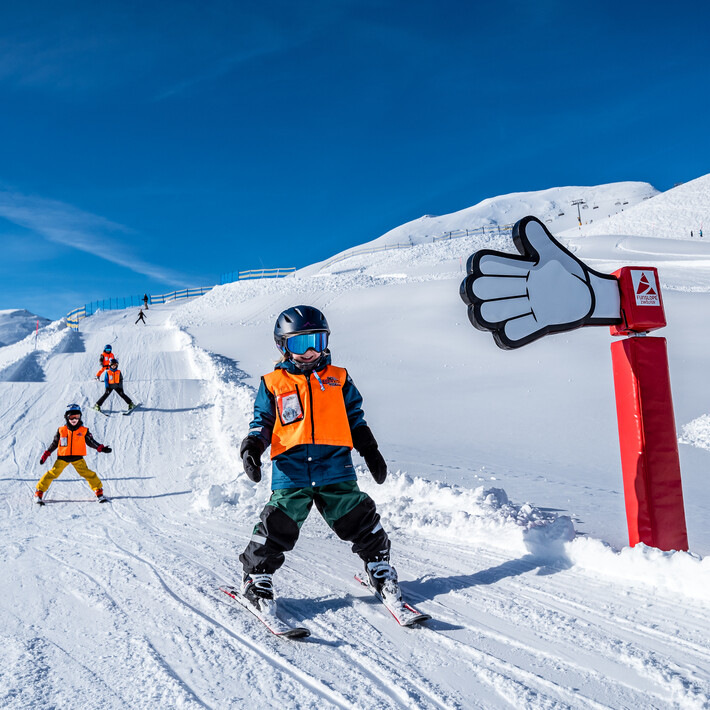 Freestyle for the whole family!