Smoke signals to the Christkind?

If, on 24 December, at nightfall, one notices an increased smell of smoke in Glemmtal, then no smoke signals are sent to the Christ Child. No, then the time has come to "rachn geh" (tradition of burning incenses).

It may truly be a strange picture for many a holiday guest to see people with smoking vessels in and around many houses in the Home of Lässig. The former small mountain village of Saalbach Hinterglemm, which consisted of only a few farms, has developed over decades into the most lässig holiday destination. And it may often seem as if Glemmtal is no place for old things. Technical innovations wherever you look - they not only make things easier for the locals but also for the guests. But if you take a closer look, you can see the enormous consistency of the customs and traditions in Saalbach Hinterglemm. So the "rachn geh" in the Raunächte is a custom that has never been forgotten in the Glemmtal and is still loved and lived by the locals today.

Christmas Eve - the 24th of December - gives the starting signal for the 12 nights after Christmas - calld Raunächte in Austria. These are some nights around the Christmas time to which particularly in rural areas great importance is attached. From where the name Rauhnacht is really derived, folklorists do not quite agree on that. It could come from the "Rachn geh" or however from the rough figures, which are to float around in the darkness in these days. 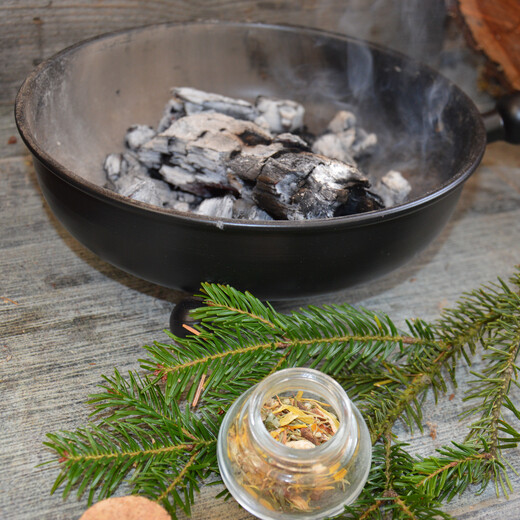 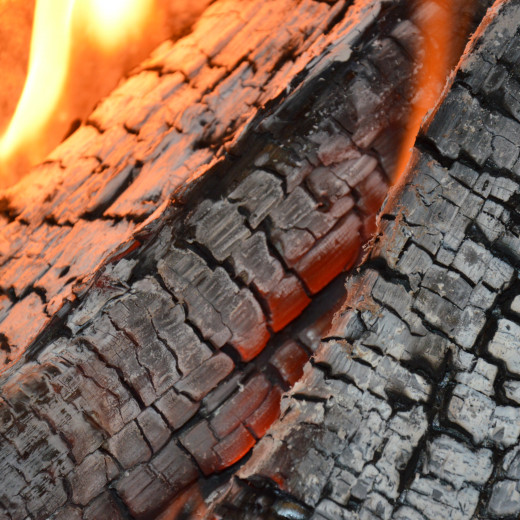 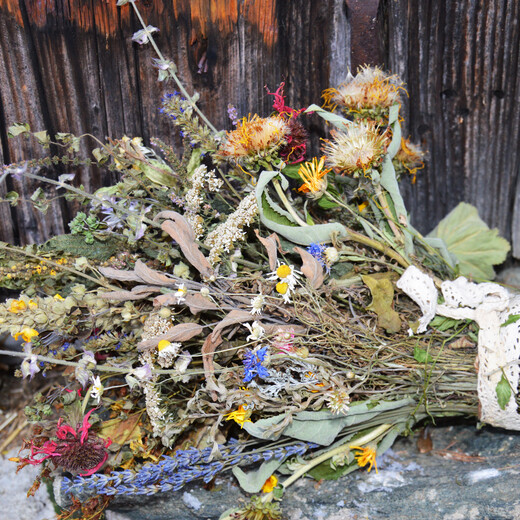 The preparations for "Rachn geh" begin on 24 December already in the afternoon. The right wood has to be chosen so that a good glow is created later. When it begins to dawn, the fire is heated up and as soon as the wood has burned so far that only the red/black glowing coal can be seen in the stove, the time is just right to get the embers out of the stove for the procedure. An old forged pan or also an old coal iron serve as a smoking vessel. They are filled with the glowing coal from the oven. With the smoke pan all rooms of the house as well as the stable are walked off. Incense is scattered on the coal again and again, which burns up by the heat and provides thereby for dense smoke.

Which incense is used varies from family to family. Some swear by incense, others smoke the herbs from the herb bush, which was bound on 15 August, and still others combine these two methods. Along comes almost everywhere holy water - it is also sprayed in all rooms of the house and often is prayed during the smoking. 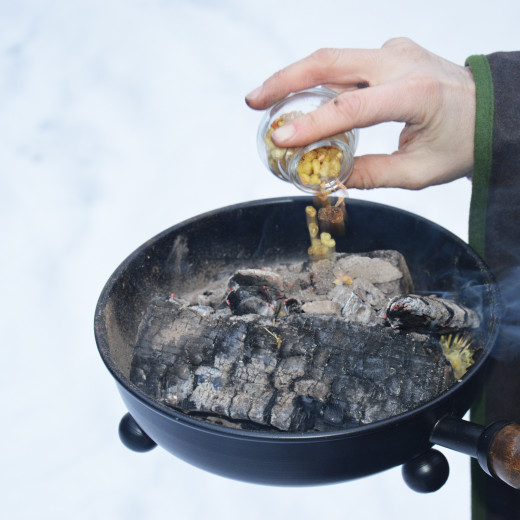 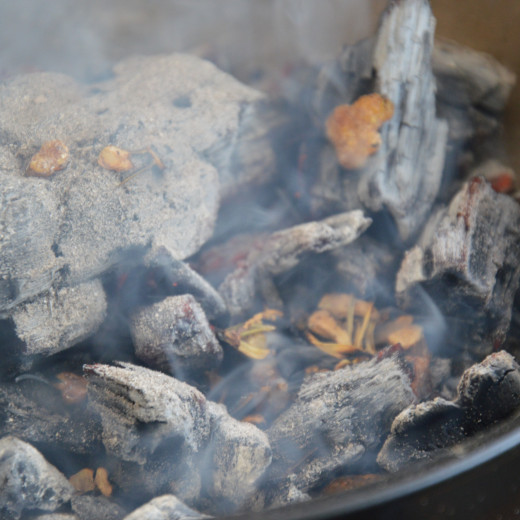 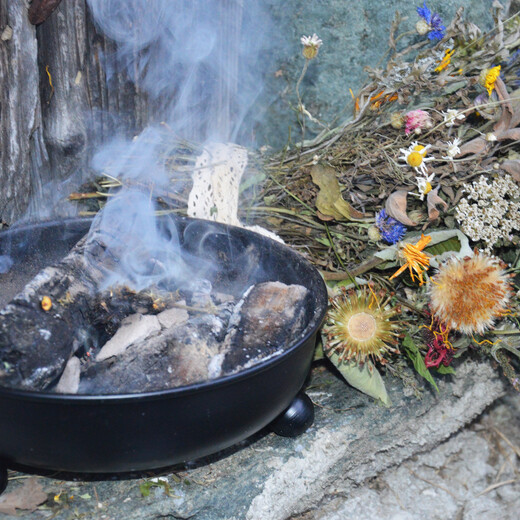 Once all the rooms have been smoked, windows and doors are opened so that the smoke and all the bad things in the house can go outside. This is usually followed by a final round of smoking around the entire house or the entire property. The pan with the embers is then placed in a safe place in front of the house and may remain there until it has completely burnt out. The ash is often scattered on meadows or fields the next day. This should ensure fertility for the coming year. Smoked is however not only on 24 December but also in the two other important Rauhnächten - on 31 December, the New Year's Eve as well as in the night of 5. on 6 January, that is the Perchtnacht specified.

The smoke is used to keep evil spirits, demons and sinister creatures away from the house and courtyard or to drive them away. Illnesses and other calamities are also averted by the smoke. A small ritual, which is carried out during the "rachn geh", is the "hat full of smoke". A hat is held over the smoke of the pan and then placed on its head. This gesture is repeated with each person in the room. It should bring luck for the coming year, but above all health. Happiness and health - I wish you the same for 2020. And I am happy to be able to tell you more herbal stories from Glemmtal again.