From the forest to the plate

It's getting wild! Since 1 May the hunting season has started again and fresh game is now very popular with connoisseurs. Robert Mair from Vorderglemm is not only a passionate hunter - he is also a chef in his hotel Tiroler Buam.

Game is healthy. The game spends its life in native forests - far away from stress and medication. Its meat is lean, high in protein and low in calories. The health-conscious gourmet is also pleased that the meat is very low in cholesterol. Robert Mair has a recipe ready for all chefs who want to think outside the box with venison ragout and roast venison. 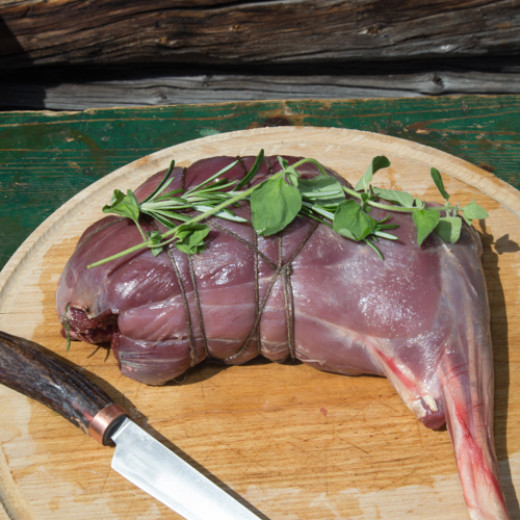 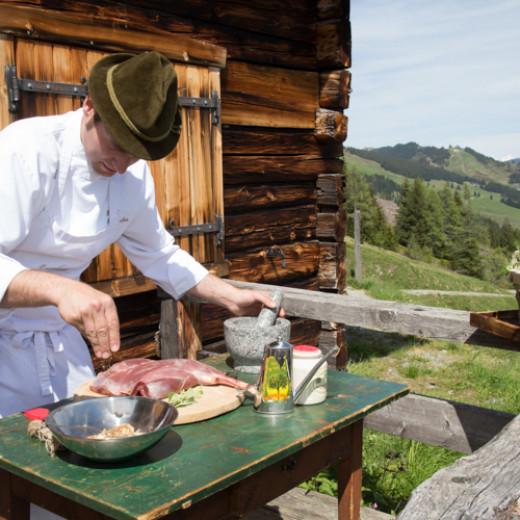 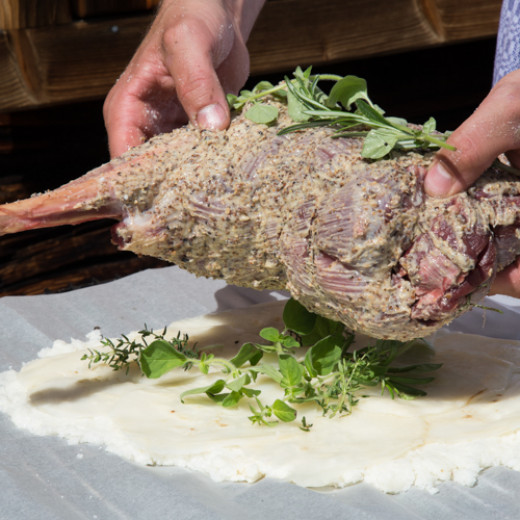 Robert Mair likes to experiment with a culinary view beyond his own nose and describes his cuisine as a mixture of traditional Austrian and contemjaporary international cuisine. And when the family man isn't just swinging his cooking spoon or stalking his hunting ground, the creative gastronome takes his personal time out jogging along the Saalach or on racing bike tours. "I pay attention to the highest quality of all products and so it makes sense to use the probably healthiest meat, venison, when cooking. If possible, I go into the forest myself to gather mushrooms, berries and herbs or to hunt them. I like to cook with venison. On the one hand through my passion for hunting, on the other hand because it is strongly anchored in our region. For the recipe of the leg of venison I have chosen a very gentle cooking method and contemporary lean preparation: roasting in the salt crust. 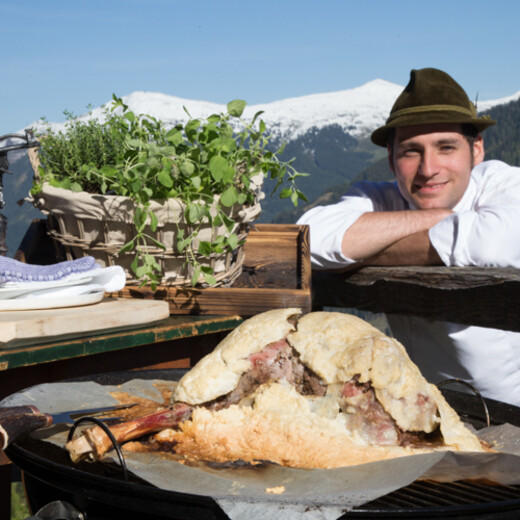 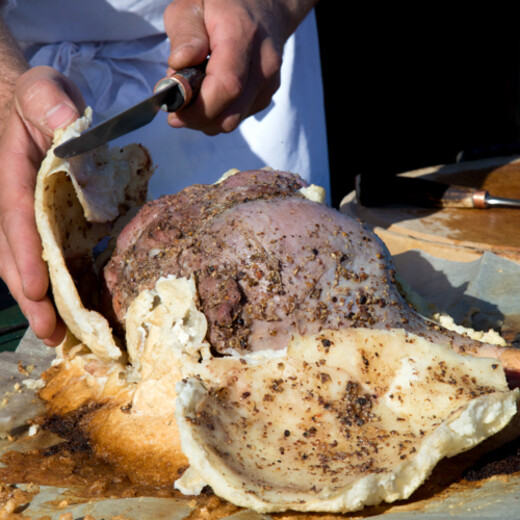 Getting the meat out of the dough 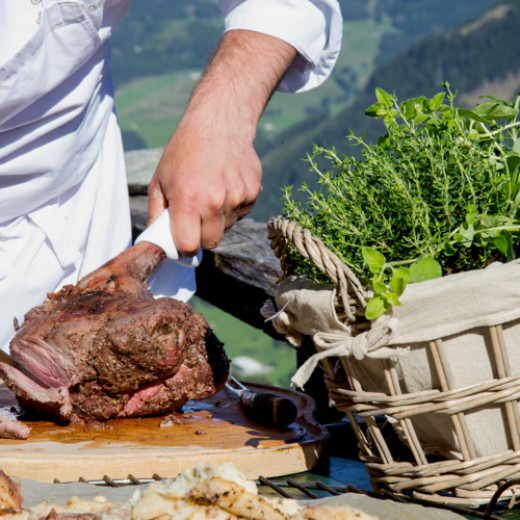 Divide and serve the meat

Stir the butter until foamy and mix with the game seasoning and meaux mustard, rub in the loin of venison (thigh and pelvic bones are removed first). Cut half the celery into thin slices and blanch briefly. Lightly beat the egg whites and mix with the flour and sea salt. Prepare a baking paper, pour some of the salt mixture onto the paper and place a few thin celery slices on top. Put the leg of venison on top and season with fresh herbs. Cover the leg of venison with the remaining celery slices and coat with the remaining sea salt mass, then place in a ball grill and cook at about 150 °C for 1-1.5 hours. The core temperature should be 56-60°C.

Preparation Wild spice
Lightly fry all spices except the paprika powder in a large pan, let cool on a plate and grind to the desired grain size with a mortar. Then add the smoked paprika powder. The spice can be stored for several months in a Rex glass in a dry and light-protected place.