The name Saalbach was first documented in 1350. Zell was originally responsible for pastoral care in the Glemm Valley. But a priest had lived here permanently since 1528. He was referred to as a vicar as early as 1613, i.e. he exercised pastoral care almost completely by himself. The Vicariate of Viehhofen also belonged to Saalbach until 1800. Both became parishes in 1891 in their own right.

The oldest written reference to the church (in 1410) in the Foundation Deed of a Sunday mass already implies a church building. As not all of the deeds exist anymore, the patron saints Bartholomew(feast day 24 August), Nicholas (feast day 6 December) and James the Greater (feast day 25 July) probably give a hint to the time of origin.
St Bartholomew was a part of the group of “Reform Patrocinia” of the High Middle Ages. He stands for the entire Council of Apostles and is found in churches where the manorial system is mainly in spiritual hands (compare Mauterndorf and Elixhausen), St Nicholas as the patron saint of travellers was probably (similar as in Dienten) added to the church with the growing trade. James the Greater as the third patron saint (from 1724) clearly refers to the significance of the local mining industry and traffic. The two patron saints, in combination with the settlement history of the valley, indicate that the church was not built before the 12th century.
Nothing is known about the location and look of the very first church.

The baroque ensemble of the three altars and the chancery come from several different eras. Although nearly a generation apart, they have been put together with great sensitivity.
The high altar, with its powerful, offset burst segment pediment, is structured by two graduated columns. The figures of the shrine guardians (St Bartholomew and James the Greater ) as well as St Nicholas in the alcove “guard” over it as church patrons.
The richly carved group of figures of the coronation of Maria by Josef Mayr refers to pilgrimage in the Prielau region. It probably replaced a former altarpiece around 1770. The master of the altar was probably the sculptor Johann Schwaiger from Reichenhall. Johann Acker from Saalfeld painted the carvings. The wide prominent tabernacle was also made by Josef Mayr (about 1770).
The two side altars come from the old church. They were created after 1690 and clearly reflect the local social structure of that time. 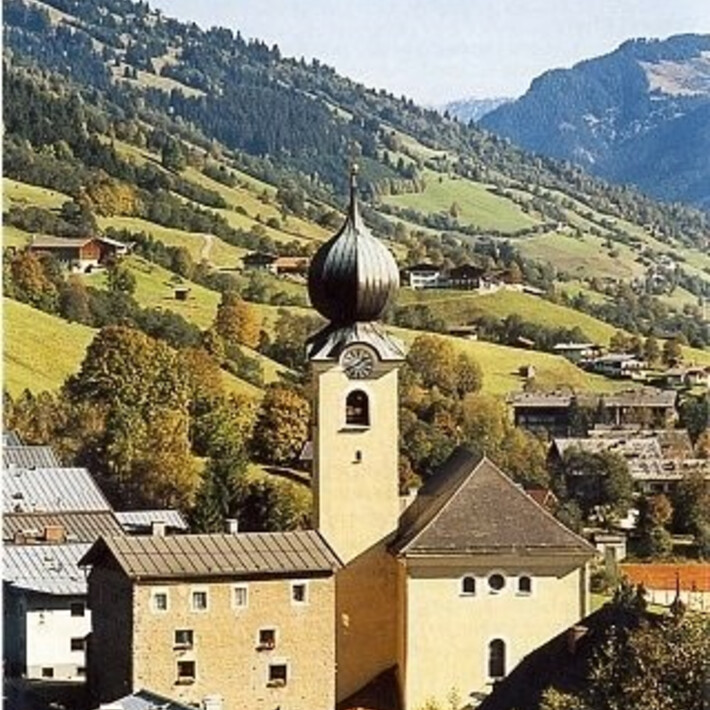 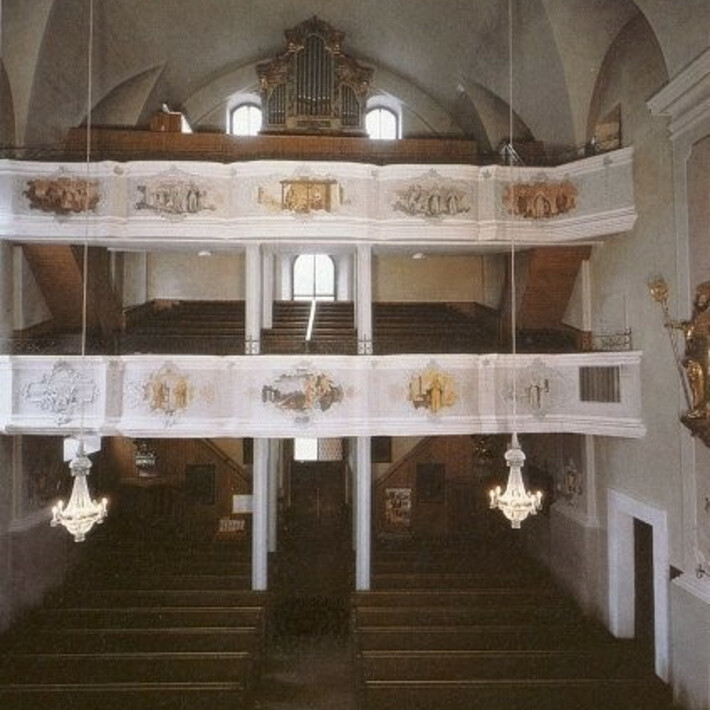 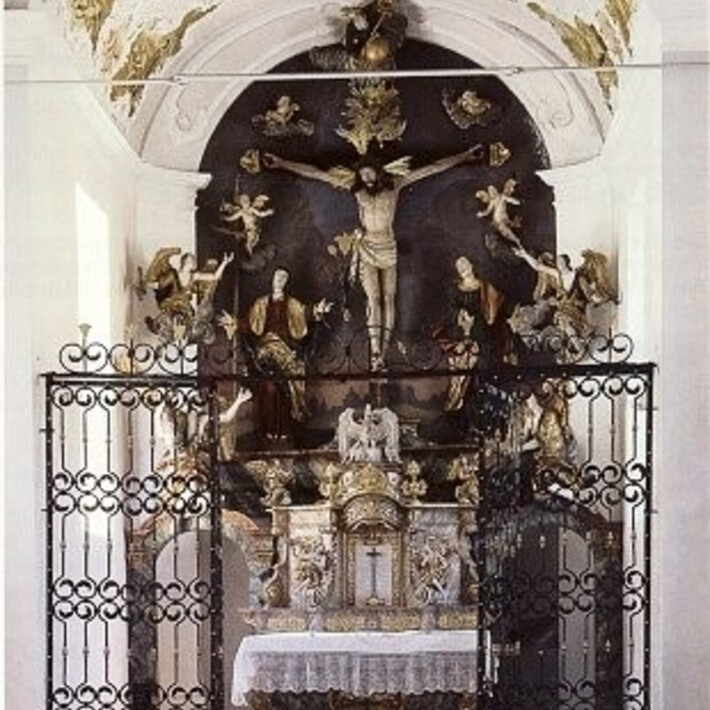 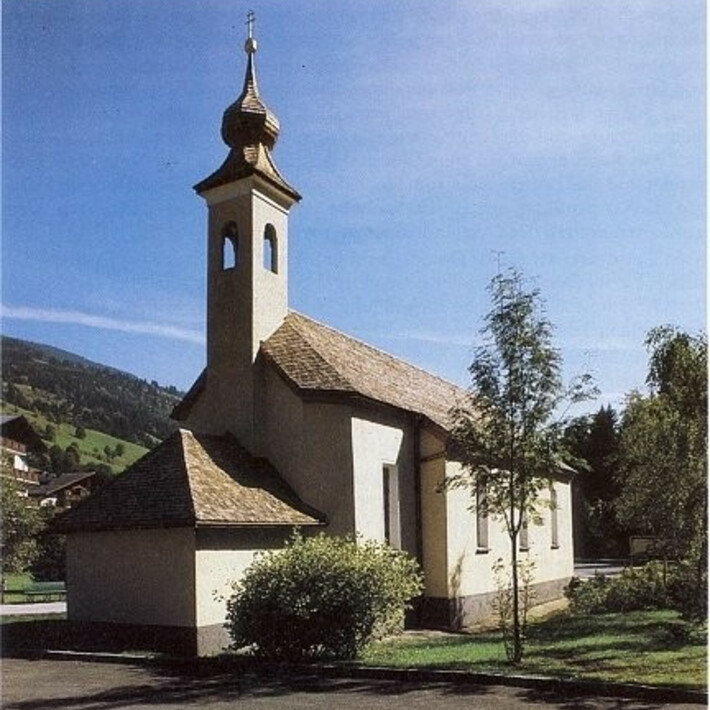 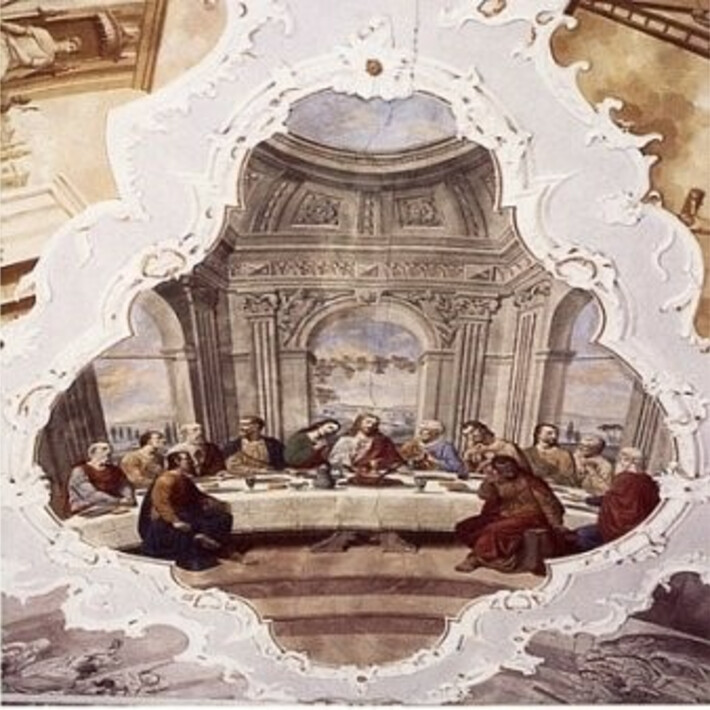