The journey to the World Ski Championships 2025

A look behind the scenes – Interview with Peter Hartl

For seven years Saalbach has been a candidate for the FIS Alpine Ski World Championships, or rather was! In October 2020, the long-awaited favourable decision about the venue to host the event in 2025 was finally made. Peter Hartl has been part of the journey as General Secretary of the Association for the bidding for the Alpine World Championships since 2015 and knows best how much work is behind such a project. In our interview, Peter tells us how the idea came about, as well as which projects he has accomplished in the past years together with the organising committee and what has been on the agenda since the award of the contract.

Peter, since 2015 you have been involved in the project as General Secretary of the Organising Committee. How did it all start? How did the idea to apply for the World Ski Championships come about?

The Glemmtal has a winter sports history spanning over 120 years, and Alpine ski racing has always been of great importance. Hosting the Ski World Championships in 1991 was an important factor in the development of our town. Even today, people still talk about the terrific performances of the athletes at the sunny World Championships. Bartl Gensbichler - former ski racer, Chairman of the Saalbach Hinterglemm Ski Club and President of the Salzburger Ski Association had the whim seven years ago to propose Saalbach once again for a World Championship to the FIS Board. The first attempt was for the World Championships in 2023, but this was then awarded to Courchevel-Méribel. In the second round of bidding, we were able to win the contract for 2025, our competitors being Crans Montana and Garmisch-Partenkirchen. The winning concept "One mountain - all competitions".

Can you briefly explain the application process?

For all Alpine World Championships, the ÖSV is the organiser. The ÖSV, together with the venue, is a partner of the International Ski Federation (FIS). During the application, we worked out a detailed World Championship concept and presented it to the FIS Board. The decision on the venue is decided at the International Ski Congress, which takes place every two years. At the 2018 congress in Greece, we presented our concept as a candidate for the first time - but there it was still a question of a possible venue for 2023. At that time, the FIS Board of Directors narrowly elected France with Courchevel-Méribel as the organiser of the World Championships 2023. Realistically, one had to expect that the contract would not be awarded the first time, and that is how it happened. The FIS Congress 2020 where it was to be decided which resort would host the 2025 event, should have been held in Thailand in May. Due to the current situation, the vote was not held until October. For the first time, online, in the form of a video conference. With 12 of 14 votes, we were finally able to bring the World Cup for 2025 home. 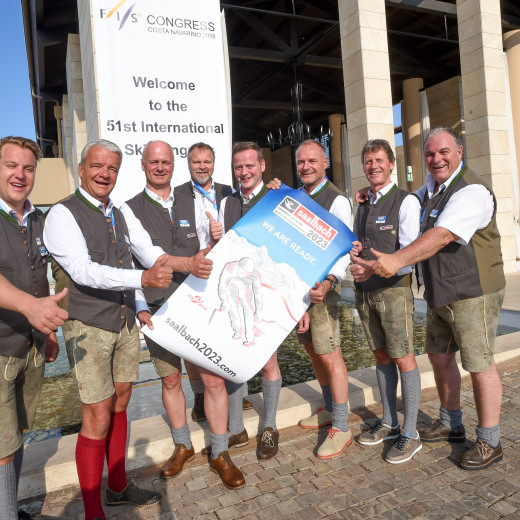 At the FIS Congress 2018 in Greece 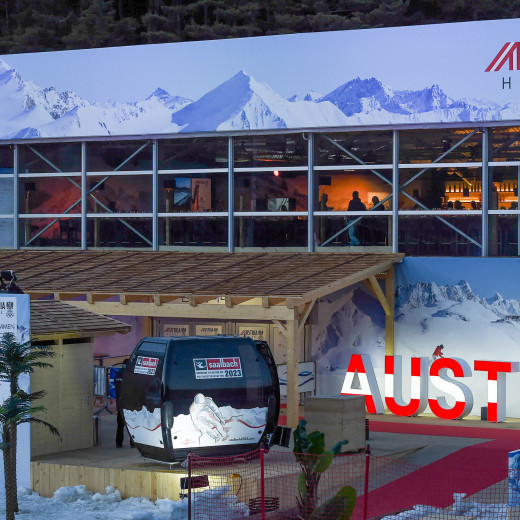 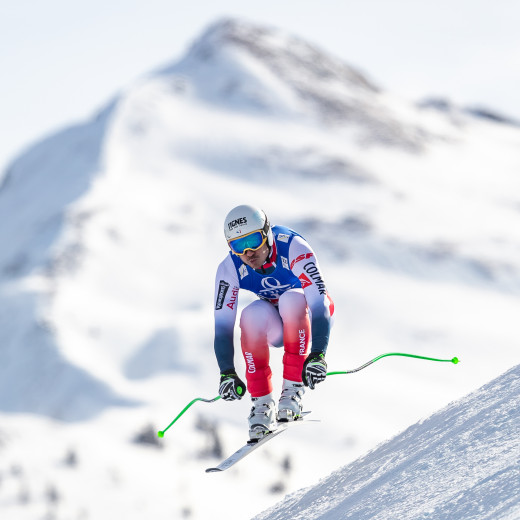 The first attempt was already for the 2023 World Cup. Still, the second round of applications for 2025 brought the long-awaited award. What happened in the time between the decision to apply and the acceptance of the bid?
This was a very eventful period. It was in 2015, I served, for the first time, as the General Secretary at the World Cup on the Zwölferkogel. This was followed by two very spontaneous takeovers of World Cup races. First in 2018, where we made up for the cancelled races from Sölden and Val d'Isere within a few weeks, and then again, the following season with the takeover of the World Cup races in China within ten days. I think this was a test for us and proof that our team has the capability of organising excellent events within a very short timeframe. Since 2017 there is also an official partnership with the ÖSV for a permanent training track for speed disciplines. On the lower section of the men's World Championship Downhill, we can thus offer athletes and coaches the best possible training conditions.

We have also used the time to present our World Ski Championship project internationally. For example, we were a partner in the Austria House for the 2018 Olympic Games in South Korea, and in 2019 the new 12-person KOGEL track including facilities for athletes and a race office was opened.

What was the biggest challenge during the application phase?
An important objective was to secure the World Cup infrastructure budget even before the international application to start the implementation phase as quickly as possible after an award. Together with the ÖSV, the State and Federal Government and local partners, a package was put together to implement meaningful and long-term projects. Our focus is on the expansion of the sports infrastructure as well as in the areas of traffic and safety for the public.

And now? Another 4.5 years until the World Cup. What happens next?

By winning this contract, we have achieved one of the significant milestones on the way to the World Cup. Now, together with the ÖSV and the FIS, we are entering the detailed planning phase with the step-by-step development of the organisational structure. Our goal is to host a trend-setting and sustainable ski festival with which we want to inspire young and old for winter sports. This is what we are working towards over the next 4.5 years. The World Cup final in March 2024 is already supposed to be a foretaste of the World Cup in February 2025. Our big advantage on the 12er: We do not have to close the mountain to the public and guests can ski and watch right next to the racetrack.

For further information about the World Ski Championships 2025 on saalbach2025.com

Backstage at the ski club