News from the slopes of ”Home of lässig“

December 1st marks the beginning of the winter season at the Skicircus Saalbach Hinterglemm Leogang Fieberbrunn. But with an early start in the season some lifts are already operating on the weekends. And so, it’s time to investigate what new developments and changes winter sports aficionados can expect this time around. Saalbach Stories has gotten in touch with the mountain railway companies to find out more.

Those riding into Saalbach with the bright red Kohlmais Cable Car this winter should try to enjoy every moment of it. Because this winter season’s last operational day marks the removal of the cable car and its replacement with a new 10-person mono-cable gondola. The preparations for the large project are in full swing and thus you can already catch a glimpse of the new mid-station — which was already completed during the summer — while passing by. Director of Operations Walter Steiner explains: “In its construction, the new system will be the same as the Schönleitenbahn — providing the best comfort, efficiency and speed possible. Since the new mid-station of the Kohlmais Cable Car will be located around 30 metres further west, we were able to build it in 2017 already. The three-storey mid-station is now only missing the roof structure for the cableway mechanics, but it’s already functioning as a visible announcement for the new cable car system.” 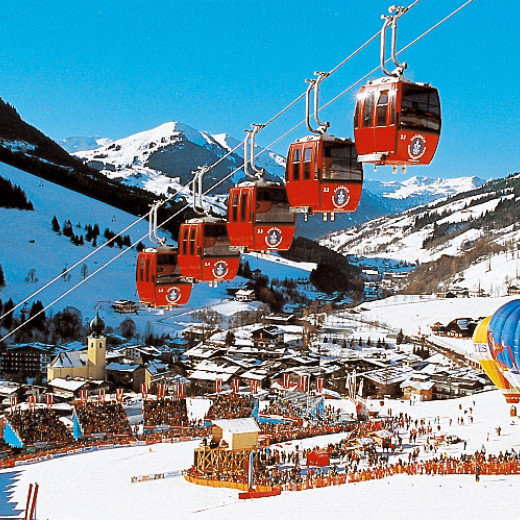 Kohlmais lift dominated the picture of Saalbach for decades (WC 1991) 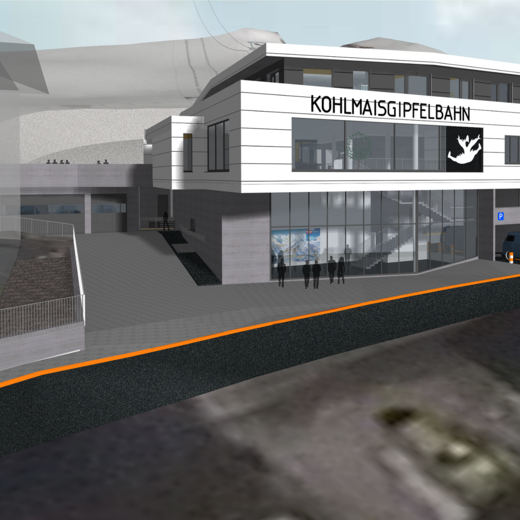 The new Kohlmais valley station will look like this. 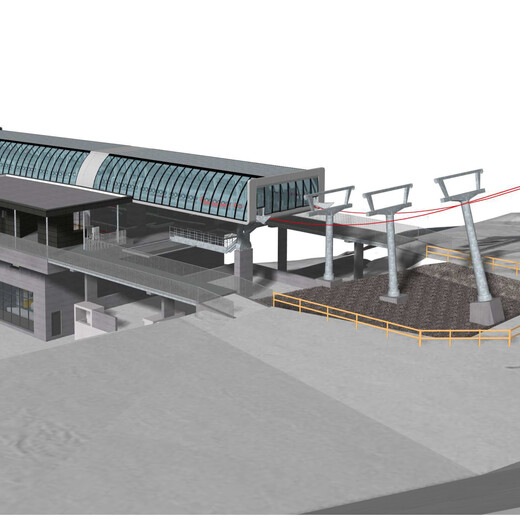 No, we’re not talking about a casino game here but about a slope correction on the Zwölfer-Nord run in Hinterglemm. Sepp Schwabl, Technical Head of Hinterglemmer Bergbahnen GmbH reports: “Due to a bypass of the lower steep section, the Zwölfer-Nord run is now classified as “red” throughout. But lovers of steep slopes have nothing to be worried about! The black runs, including the steep entryway and the lower slope, are still accessible. There is also increased comfort for those skiers that can’t get enough of the Nord slope and want to get back to the Zwölfer-Nord lift as soon as possible: Starting this winter, an 80-metre-long rope lift allows for a comfortable and effortless ascent up to the valley station.”

They say that getting started is the toughest part of getting anything done. But the newly designed beginner’s area right in front of Hinterglemm’s town centre makes the first handful of slopes so much easier. And those paying close attention may also be able to spot an old friend: the Oberschwarzach Platter Lift, which was speedily recycled for the project. As Sepp Schwabl explains during the interview: “Terrain correction works were conducted in the area of the old Wieshof-Babylift. In the course of the excavation works, the old T-bar lift was removed and replaced with the former Oberschwarzach Platter Lift, whilst a new valley station was erected a little further away. The new terrain is much more clearly arranged and the platter lift has had a significant impact on riding comfort.”

Family on the solpes in Saalbach

Additional news from the Skicircus

The floodlit slope was refitted with environmentally-friendly and energy-saving LED technology free of UV light. Furthermore, various slope improvements and snow-making optimisations have been conducted throughout the whole Skicircus, such as, for example, widening the ski run from the Rosswald run to the Hochalm mid-station, or small corrections on the Fieberbrunn slopes F13 Grundalmen and F4 Zillstatt.

Early start in the season

Due to good snow conditions some lifts open for the weekends before the official start in the winter season. To get up to date information, which lifts will be operating in Skicircus check the website.