News from the slopes of the Skicircus

We’re reaching out just before the winter season as the first snowflakes touch the valley floor with news from Saalbach Hinterglemm, Leogang and Fieberbrunn. Winter sports fanatics have plenty to look forward to, including new lifts, cool events, even more comfort than before and a real XXL winter.

From the centre to the mountain with zero waiting time

“Goodbye Kohlmaisbahn” — this was our farewell to our historic and believed fire-red group lift that used to take us to Saalbach’s Kohlmais mountain. The work continued throughout the summer and within just a few months, construction — which had already started in summer 2017 — was completed. Let’s get one thing out of the way immediately: Yes, the new gondolas are fire-red again! The model is called “Omega V” and offers top-notch comfort. Ten persons can easily and comfortably fit into this newest generation of gondolas by the company Doppelmayr and, thanks to the ergonomic single-seats and the well thought out ventilation system, gondola riding is actually made quite charming. Comfort is provided from the moment you hop on. From the Skiliftstrasse, elevators take you straight to the entrance and the ticket offices. And the new lift is super-fast, too: Starting in December, an unbelievable 3200 people per hour will be transported with the new Kohlmaisbahn.

8 people fit into the new Muldenbahn 8er lift in Leogang. In the summer, the old 6-seated chairlift was sent into retirement and replaced with a new and much more powerful lift. Instead of the previous 2400, now 3500 people can comfortably make their way up to the Kleiner Asitz peak from the Asitzmulde hollow within an hour — the waiting times associated with this bottleneck are thus history. Thanks to the automatic restraining bar, the ride with the lift turns into a safe and exciting experience, especially for families with children. Incidentally, the new valley station was moved by around 55 metres. As a result, the slope can now be safely crossed from the Sportbahn Asitzkogel and the Asitzmuldenbahn to arrive at the valley station.

During summer, they are a true asset for the surrounding landscape: The reservoir lakes, harmoniously embedded into the mountainscape. In the winter, they are indispensable for the snow-making systems, as only artificial snow made from pure water mixed with cold air makes its way onto the slopes of the Skicircus. This means even more snowfall certainty around the Hochalm mountain pasture. The two existing reservoir ponds in the Streuböden area in Fieberbrunn were also expanded. The volume of the lake was increased by nearly tenfold. This reservoir pond supplies all of Streuböden, Maiskopf and Doischberg and guarantees skiing operations during Christmas. 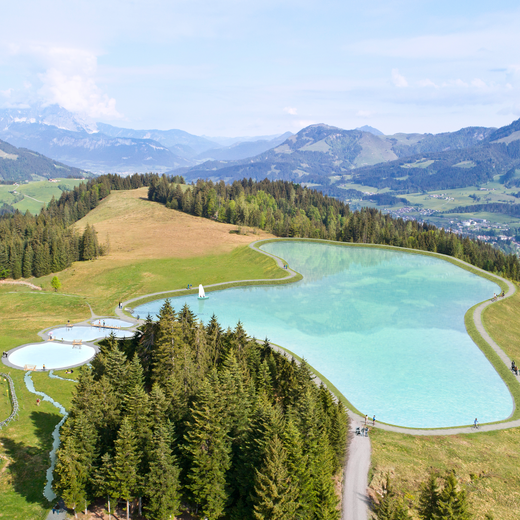 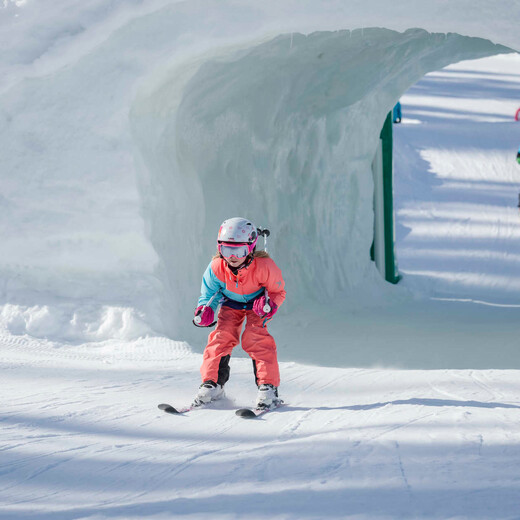 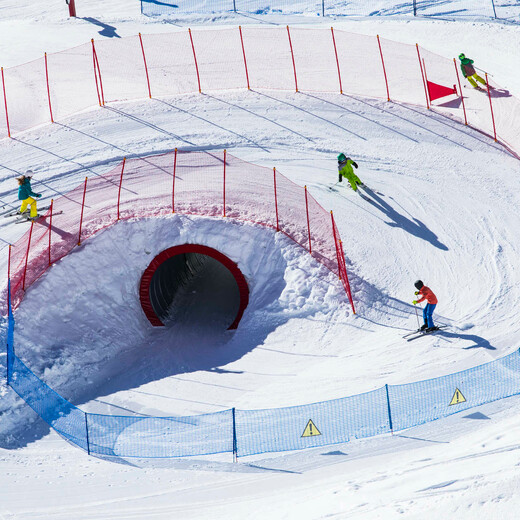 Die-hard World Cup fans have likely already secured their tickets: On 20 December, the Men’s Giant Slalom of the Audi FIS Ski World Cup is taking place at the legendary World Cup Slope at the Zwölferkogel mountain in Hinterglemm. And, subsequently, on 21 and 22 December, the FIS Europe Cup for Men’s Speed Skiing is likewise going to be carried out there. These races won’t result in any restrictions for regular skiers and the day-to-day operations on the slope, for there is plenty of space left along the race tracks for enjoyable rides into the valley.

And, starting this winter, even more awesome exciting winter fun will be provided by the two new “U-Bahn” and “Zwölfer” fun slopes. And it won’t just be the little winter sports fans who will wear big grins on their faces after a session or two with the artificial obstacles, like the bumps, tunnels, giant spirals and speed boosters.