Petrol brothers in the snow

Rossi vibes in the “Home of Lässig”

It’s always been my dream to burn through the snow like Valentino Rossi on his motorcycle! So, did my dream finally come true or not? Well, more on that later. For now, let’s start with how I signed up for snowmobile driving lessons together with my son Nico during our last family holiday in the “Home of Lässig”.

Accelerating with the right hand, braking with the left. Other than that, you don’t need a lot more to drive this 300-kg-heavy vehicle in the snow. Or do you? I’m standing in front of the Ski-Doo together with Beno, an instructor at the Snowmobile City in Saalbach-Jausern, who tells me the most important snowmobile driving rules so that I know how to safely navigate the obstacle course. “Always lean into the curve and please don’t brake for too long when you go downhill. It’s better to brake in short intervals rather than pulling on the brake lever for too long at a time,” explains the snowmobile pro. Riding a snowmobile is actually not much different from speeding across a race track with a motorcycle. Rossi vibes in the Glemmtal valley after all! 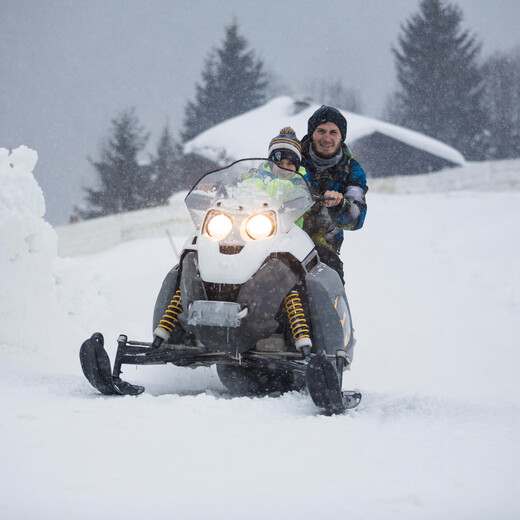 Nico rides the skidoo with Bene 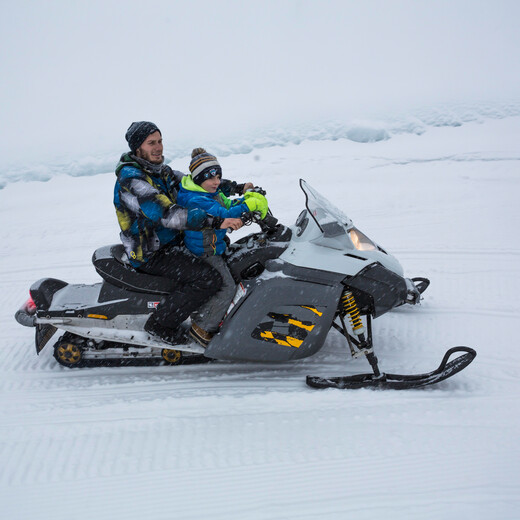 Kids are accompanied by adults 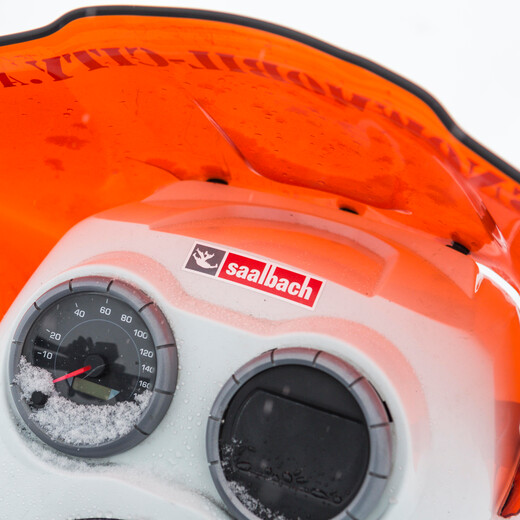 I hop on my ride and wrap the safety strap around my wrist. That’s important, because thanks to the strap, the engine turns itself off automatically if I fall off the Ski-Doo. Hopefully, it won’t get to that point. I press the start button and wait for what happens next. The engine gives off a wild roar, but then that’s it. Oh yes, I forgot to step on the gas! Gently, I pull on the accelerator and wait for the 300 kilogrammes underneath me to get moving. At first, I drive quite cautiously, but after a few minutes, I start getting a kick out of the faster speeds and pull the accelerator to go as fast as I can.

The first curve comes faster than I thought. I lean into the curve as Bene had explained earlier and steer to the left. My Ski-Doo turns to the left and the tracks have a good grip in the soft snow. I’m back on track and make my way through the next couple of curves until I reach the start/finish line. “Feel free to drive a little faster, your technique is pretty good,” Bene shouts over to me. Faster? Me? Am I the Valentino Rossi of the mountains?

The safety-leash on the wrist

Next, it’s my son Nico’s turn. He’s only eight years old, so he’s not allowed to drive by himself yet. You can only take full control of the snowmobile once you’re at least 1.40 metres tall. He sits down in front of Bene and together, they take off. Admittedly, it all looks rather easy and playful when Bene is in charge. I still have to get used to my new ride, but after a few minutes, I feel like I’ve got full command over my snowmobile.

In 2005, Herbert Altenberger first had the idea to rent out his Ski-Doos to his guests. A snowcat was also required for the grooming of the tracks, which was then purchased. “The cable car service then approached me asking whether we would offer introductory lessons for driving snowcats,” he remembers. Many guests had inquired with the cable car service whether that was possible. This is how Altenberger and his employees came up with the new offer. The participants are carefully prepared for their first couple of metres behind the wheel of the snowcat and then always drive under the supervision of the Snowmobile City staff. And those who don’t want to be in sole charge of such a massive vehicle can, of course, join the fun as passengers. 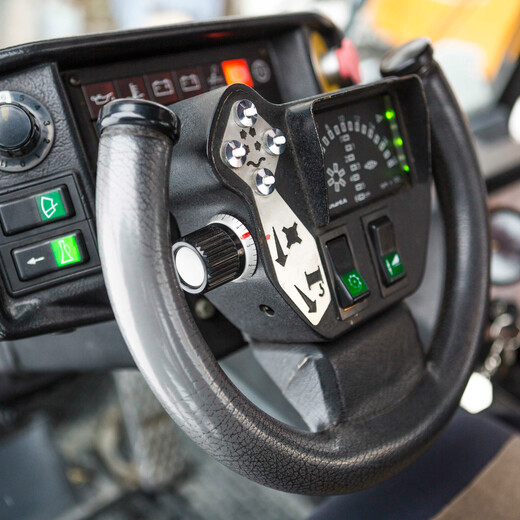 The steering wheel of the piste basher 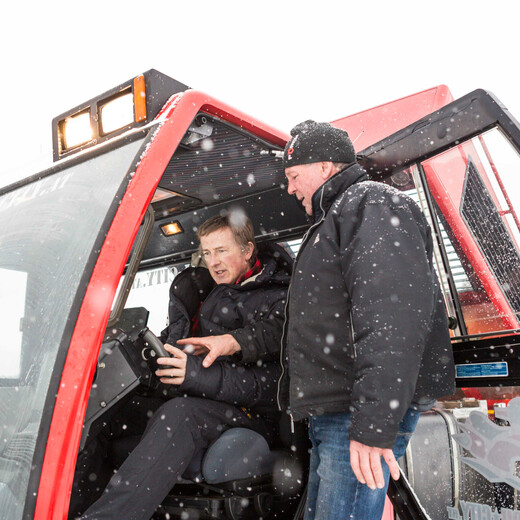 Instructions from the pro 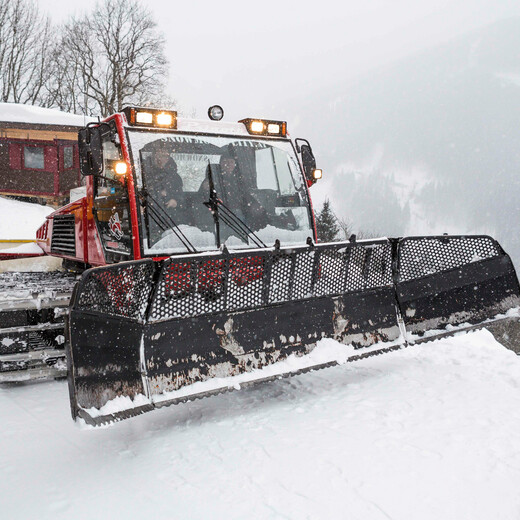 Two adventures at one day

It’s definitely a totally new kind of experience to sit behind the wheel of a snowcat. “Even professional truck drivers or excavator operators are surprised by the driving experience and are a little scared of tipping over at first,” says the pro with a grin on his face. But you never tip over here, at least not with the snowcat.

Time for Nico and myself to drive around with our snowmobiles a little more before we round off the day in the mountain pasture hut that’s part of the obstacle course. We warm our numb fingers with some hot tea as Herbert Altenberger keeps enthusing about driving the snowcats. Somehow, the prospect of riding one of those big things is really exciting for me. Who knows, maybe next time.

A genius on wheels