The GlemmRide Bike Festival will take place between the 6th to 9th July for the third time. Bike pro’s as well as amateur bikers will assemble in Saalbach Hinterglemm to participate in Slopestyle, Downhill, Rookies Cup, Pumptrack, Expo and Touring, as well as in the party celebrations. The highlight for the audience will most certainly be at the weekend when the Slopestyle event which is ranked as a Gold Event and part of the FMB Tour, will take place in the centre of Hinterglemm. Bike legend Tarek Rasouli and his team from “Rasoulution” will once again be responsible for the smooth running of the Slopestyle event. Saalbach Stories requested an interview with Tarek, who originates from Munich, to discuss his career and destiny as well as more about the event in the Glemm Valley.

Tarek Rasouli is known as a pioneer in the world of Freeride bike sports. During the course of his career, he has enjoyed great success. Among other titles, he was crowned German Champion at the age of 16 and bathed in the glory of being a top ranking athlete at an early age. Since a tragic accident that happened in 2002, Tarek has been paralyzed. Despite this accident, Tarek did not turn his back on the bike scene and has since been organising various bike events, such as the “FMB Slopestyle Contest” at GlemmRide with his agency “Rasoulution”.

Tarek, how did you get into cycling? Was it a childhood fascination?

Well, it all started with the fact that I wanted a Bonanza bike for my seventh birthday, but I got a BMX instead. Then it all happened when a BMX track was built close to where I lived, in a vicinity where there was not very much for me to do. At ten years old I participated in my first European Championship and at 16 years old became the German BMX Champion which was followed by the first request for a photo shoot in the Austrian Alps. From that point on, more and more followed. At the age of 25 I left the world of BMX and continued as a professional mountain biker! 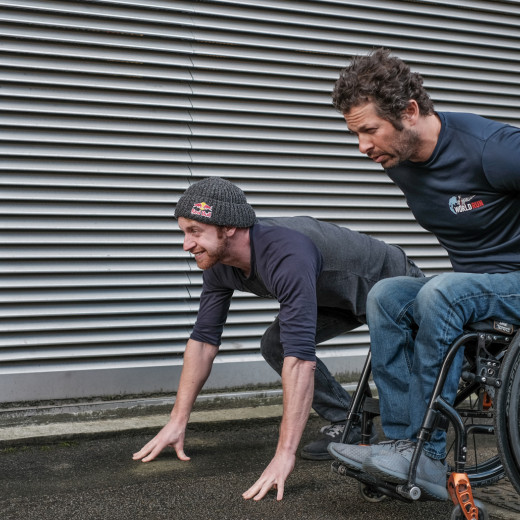 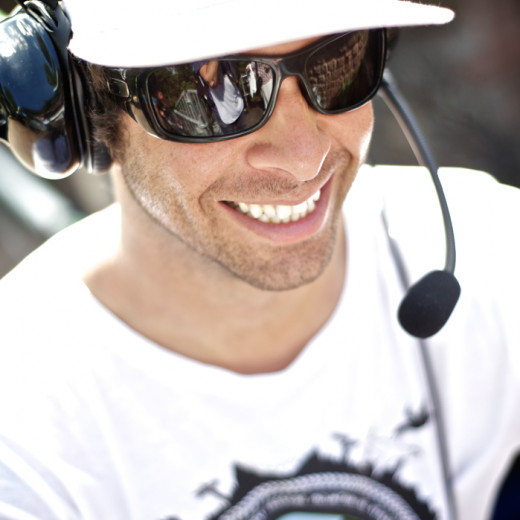 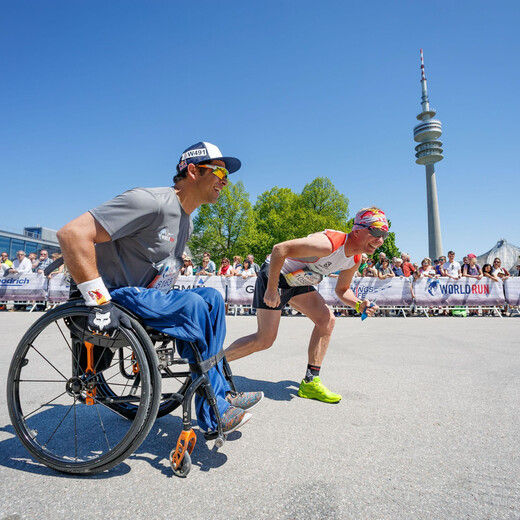 On duty for Wings for Life World Run.

Did you also try out other sports?

I tried football – but it wasn’t my thing. I liked to play basketball, badminton and squash, sports which are still hobbies of mine!

Which words would you use to describe the mountain bike scene?

You have had much success throughout the course of your career. Which highlights can you remember particularly well?

When I was ten years and came third in my age class at the German Championships, then German Champion at 16, and in 1992 took fourth place at the World Championships in Brazil, as well as taking sixth pace in the Elite class at the 1997 European Championship in Switzerland – it took approx. another ten years before a German completed the race! One year later I jointed the Red Bull family. In mountain biking, my biggest success was participating in the international Freeride-Team of Rocky Mountain and three segments in the 16 mm bike movie "Kranked IV - Search of the Holey Trail"! That was in 2001! 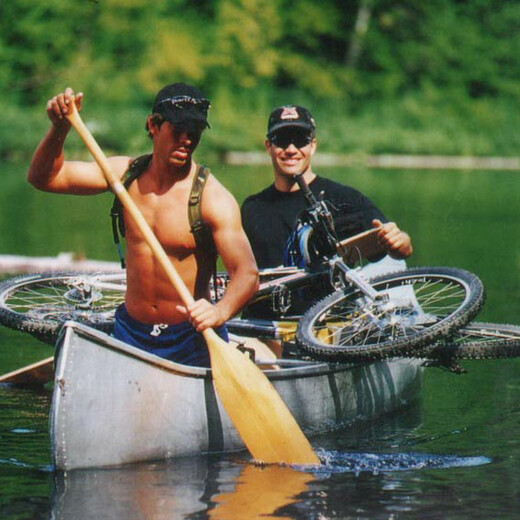 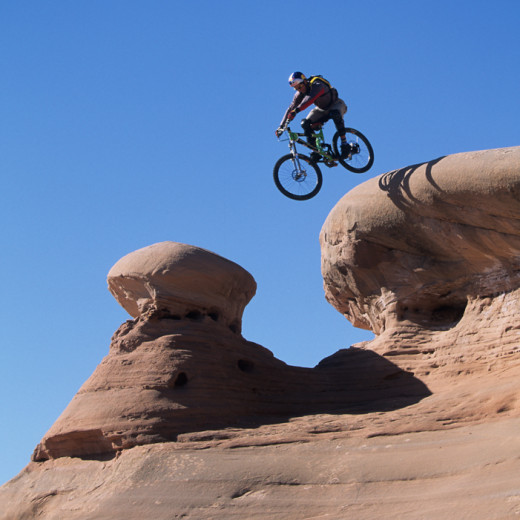 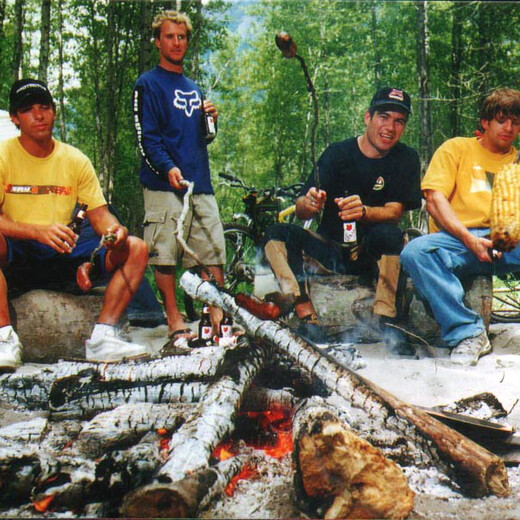 In July 2002, a tragic accident had a huge impact on your life. What memories do you have from that day?

I remember everything. We were filming "Kranked 5". Johnny Waddell and I were together on the mountain and wanted to test a new location after the first film shoot. I was in high spirits and wanted to try a jump on a snowboard halfpipe with a 12 metre stepdown which in winter is snow covered, but in summer full of earth. However, it went wrong and I jumped much too far and I came off my bike. When I landed, I learnt afterwards from Johnny, that I let out a loud scream and I knew something really bad had happened as I had no feeling in my legs. It was very strange and probably the time when I felt the most psychological pain.

Despite all this, you have never turned your back on cycling, you have continued with the handbike. Where did this motivation come from?

Well, the scene has remained faithful to me. My good relationship with many riders, firms and the media, as well as bike magazines, Red Bull and Oakley, helped me get back onto the bike scene. Gradually I started to use a handbike. Above all, I was motivated by Errol Marklein who manages the Handbike-Team from Sunrise Medical. He is a great guy and every time I accompany my team colleagues, with or without my bike, it is a super experience! 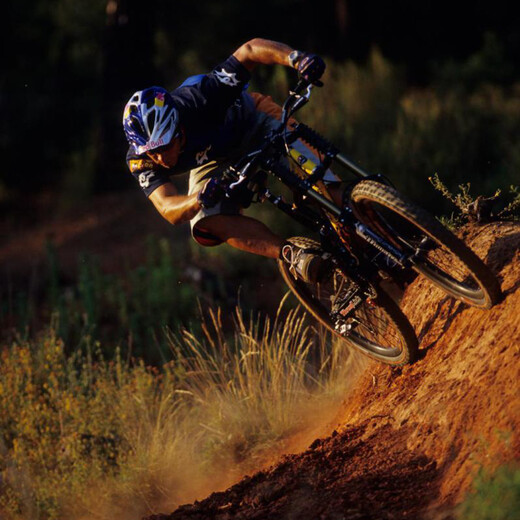 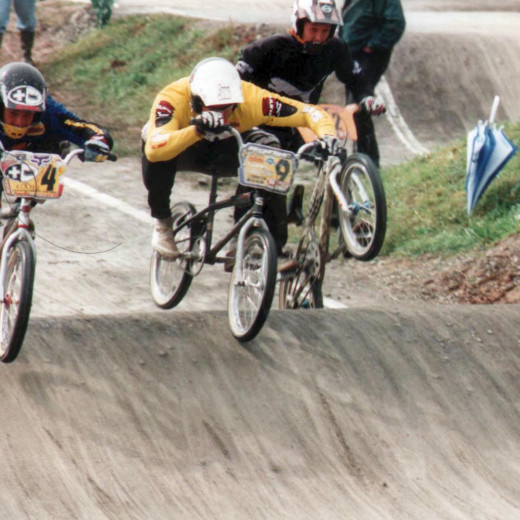 Tibor Simai and Tarek battle at a race in Esselbach 1997. 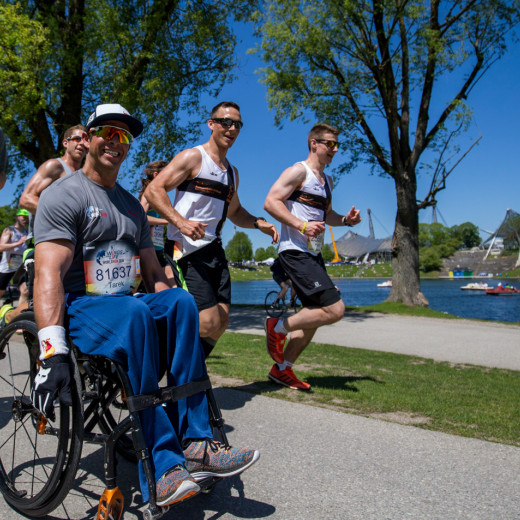 Competing in the Wings for Life World Run.

You are, for many young mountain bikers a great example. What advice would you like to offer these young bikers to help them along their way?

Be yourself, enjoy your time on the bike, respect nature and your fellow human beings. Live for the moment, but don’t forget to know your limits. Define your goals and focus on what satisfies you and makes you happy!

This year, the GlemmRide Bike Festival will take place for the third time. What is so special for you about this event?

The GlemmRide Festival is simply awesome. I know Saalbach from earlier times and the adidas Slopestyle event. Today I would say it is more familiar with a very nice ambience. It is a great festival and has something to offer all, whether young or more mature, hobby-, amateur – or pro rider. For those who want to rock it in the evening, the GlemmRide festival is the place to be.