Yes, it's right. In Saalbach there is a vineyard. Hard to believe, but the first noble wines should be ready for tasting as early as 2022! We met the Saalbach wine pioneers for an interview.

A vineyard in the middle of a skiing area at 1,212 metres above sea level. Is that possible? Hotelier Sepp Fersterer from Saalbach and winegrower Johann Müllner from Krems are pooling their skills and planting 2,500 vines between ski slopes and cow pastures.

A wine-growing region at over 1,000 metres above sea level is rare in Europe. At an altitude of 1,212 metres, Saalbach Hinterglemm is home to one of the highest wine-growing regions in Europe: Sepp Fersterer's alpine winery right next to the Kohlmais downhill run. Even for the experienced winegrower and close friend Johann Müllner it is uncharted territory to cultivate wine at this altitude. 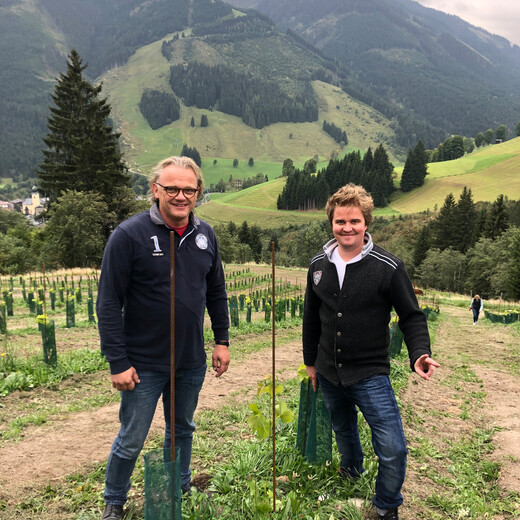 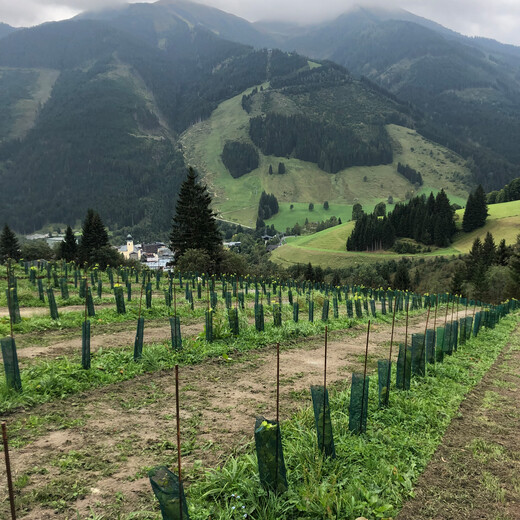 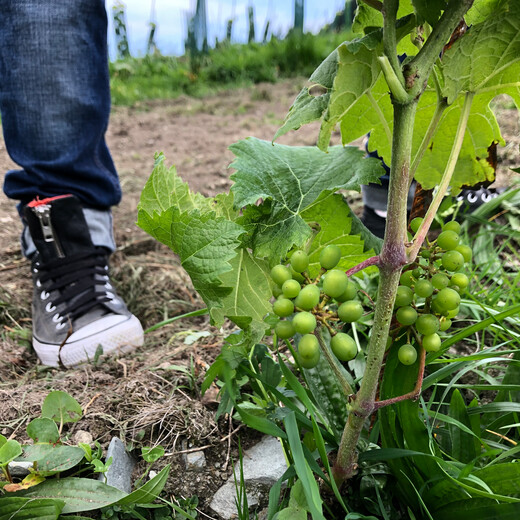 The first grapes are growing

That's just for a very robust type of grape

"We have taken a close look at the property and obtained a lot of advice. However, the many warm summer days and the well-recovered soil speak in favour of successful viticulture. It was clear to us that the meltwater would cause us problems in the spring, so we put in drainages above the vineyard to divert the water," explains Johann Müllner, who has been at Sepp Fersterer's side since the idea was born. According to Müllner, the snow is no problem for the cultivation. "Quite the opposite," he says. "Snow is the best protection and the best water supply of all. Our Solaris can withstand temperatures as low as minus 20 degrees Celsius".

Solaris - the name of the special grape variety - is particularly resistant and therefore suitable for cool growing areas and particularly resistant to disease and fungi. "That's why we don't need any sprays and can work with natural agents and produce organically," adds Sepp Fersterer, who provided the idea.

The vineyard of the Alpenwinzerei

"We already had the 2,500 Solaris vines in February in the cold store. By that time we already had all the permits and planting rights and were looking forward to spring. But the winter was very persistent this year, which is why we could only start on June 5th. But already now - in the middle of September - the first grapes are growing. We are very patient, but hope that we will be able to taste the first wine in 2022. If everything goes well and we can fill the hoped for 750 bottles, we will celebrate a big party. Probably there won't be much left of the harvest," laughs Sepp Fersterer.

Wolfgang Breitfuß, Director of the Saalbach Hinterglemm Tourism Association, is delighted with the innovative idea of the two wine connoisseurs: "We had more and more sunny days in the last summer seasons. The climate here offers the necessary conditions for this project and Sepp and Johann, as entrepreneurs, bring along well-founded know-how. The fact that Saalbach is now Austria's highest vineyard, I find really casual. I am happy when we can taste the first bottle in three years". 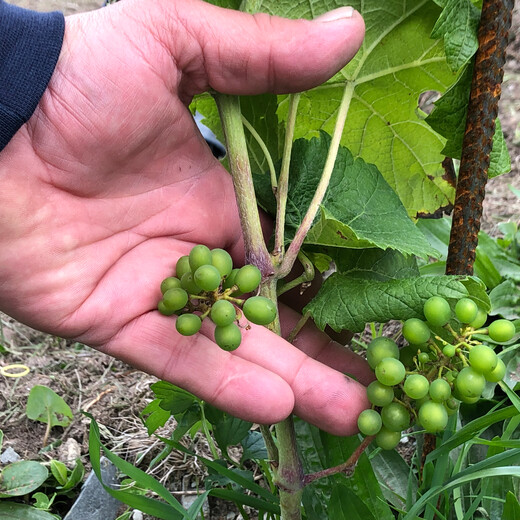 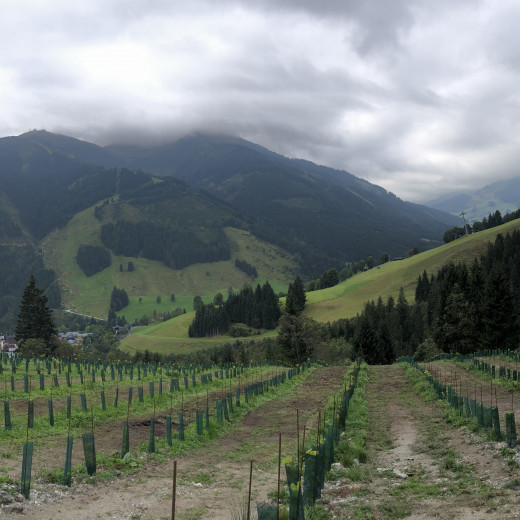 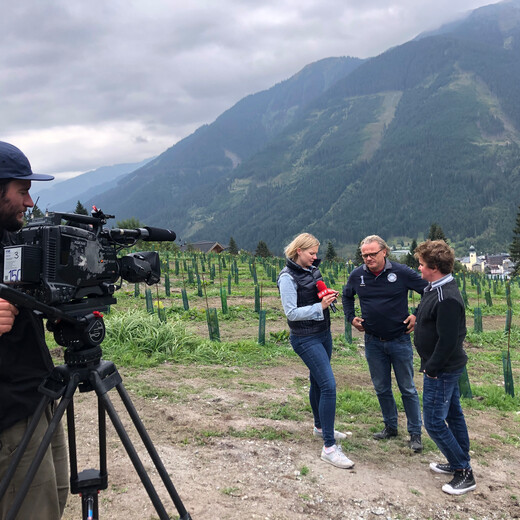 Facts about the vineyard